Benitatxell takes stock and closes 2020 with an accumulated 3,6 million in subsidies in two years

The Poble Nou de Benitatxell takes stock of this tough 2020. This Wednesday, January 30, the government team held a telematic meeting with the media of the region to take stock of this year. Making visible the unity of the entire executive, which works transversally in all areas, the councilors of Més Benitatxell have reviewed the important projects and events that have been carried out and have exposed the challenges for the future. 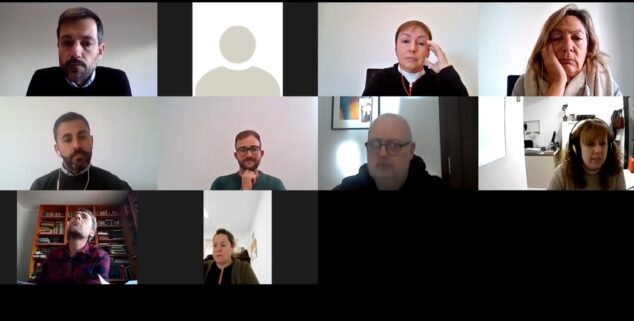 One of the most shocking figures that have been released has been the accumulated in subsidies granted to the City Council for works and infrastructures since the current executive entered the government. The consistory has received confirmation of around 3.600.000 euros in aid from entities such as the Generalitat Valenciana, the Alicante County Council or the Central Government. Of these, a large part, 1.800.000 euros, will be allocated to the reform and renovation of the Santa María Magdalena school within the Building Plan, while the rest is distributed in other large-scale projects.

Some of them have already been executed or are in process, such as the renaturalization of the Moraig cove and Cova dels Arcs, the rehabilitation of Llebeig street or the creation of a green recreational area in the Les area. Fonts. Others, which will begin to develop next year and are expected to be completed at the end of the legislature, are the conversion of the Capelletes building into municipal offices and a new Tourist Info; the expansion and improvement of the Camí de l'Abiar; the landscaping of the Plaza de les Pesqueres or the reform of the Alicante avenue to create a unique platform that improves the safety of pedestrians, especially that of children who go to school along this road.

Other small actions carried out in 2020 and which the Councilor for Infrastructure, Jorge Pascual, has shelled out, have been the construction of a mini-roundabout that regulates traffic between the entrance to Xàbia, Avenida de València and calle Mercat; the reorganization of Thomas Wilson Street in Pueblo de la Paz; the repair and replacement of stolen wiring or the creation of a roundabout in the Magnolias area in Cumbre del Sol.

Finally, Pascual has advanced other actions planned for the coming years. The first months of 2021 will be ready to improve the closure of the municipal vehicle depot; the replacement of the pavement in the Plaça de les Pesqueres park or the improvement of the acoustic conditioning of the classrooms of the School of Music and Dance. Later the reform of various playgrounds will take place; the adaptation and paving of the Capelletes street car park; the landscape improvement of access to the municipality by the Xàbia road; the improvement of the image of the Plaza de la Iglesia and the adjoining streets of La Iglesia and Raconet; the creation of a space for the Bebeteca within the Municipal Library; the adaptation of the Municipal Market toilets to the accessibility regulations; the asphalting of roads in poor condition in the urbanizations and the creation of a roundabout in the Les Fonts urbanization to solve the problem due to the large volume of vehicles that circulate on the Camí Vell de Teulada.

A year marked by COVID-19

But without a doubt, the event that has marked the most in 2020 has been the Covid-19 pandemic, which since March has had the whole world in suspense. At the press conference there was a review of all the measures taken to deal with the virus, both during the state of alarm and afterwards to mitigate its economic effects. The Councilor for Services and Citizen Security, María José Ivars, thanked the Local Police and Civil Protection for their great work throughout this year, especially with the 20:45 p.m. round during confinement and the first exit of the children after XNUMX days at home. He also recalled the actions that were carried out in terms of cleaning and disinfection during the toughest months of the pandemic. Among them, street cleaning and disinfection and public buildings, disinfection with a spray tractor and the acquisition of disinfection machinery (ozonator and hypochlorous acid sterilizer).

For her part, the Councilor for Social Services and Health, Isabel Garrido, has influenced the great economic and technical effort that has been made by the Department of Social Services to alleviate the social emergency. Thus, as has been shelled, the initial budget of 160.000 euros was added 110.000 euros more in March, which included a record figure of 360.000 euros. In addition, with regard to the number of people attended, it went from the 188 appointments granted in 2019 to 567 in 2020, four times more than the previous year. And finally, regarding the endowment of individual economic benefits, in 2019 it was 16.764 euros while in 2020 it was 67.320 euros. "These figures show the magnitude of the work that the department had to assimilate in these difficult moments," said Garrido, who highlighted the great work and "involvement from the first moment" of the two social workers and the psychologist who make up the Department.

COVID-19 has had consequences at all levels, but one of the most affected sectors has been local commerce. For this reason, the government decided to promote various actions to support small entrepreneurs in the municipality. The Councilor for Economic Promotion and Commerce, Mayte Roldán, has explained it. The most important action has been the promotion of financial aid to the self-employed and SMEs, endowed with a municipal budget of 125.000 euros and another item of 25.643 euros by the Alicante Provincial Council. More than fifty local small businessmen and women have benefited from them, with aid that could reach 1.775 euros if the two lines were requested.

Other important actions in terms of economic development have been the exemption from paying the terrace fee during 2020 and 2021, the prizes in vouchers to spend in local shops or the Christmas campaign endowed with 5.000 euros in prizes of 10, 25 and 50 euros. In addition, a census of sedentary activities has also been carried out that will make it possible to draw up a roadmap on business development.

For his part, the Councilor for Culture, Tourism and Equality, Víctor Bisquert, has reviewed the actions in these matters, highlighting the support for one of the great victims, such as culture. Thus, after the state of alarm, it was invested in cultural actions, first electronically with the 'Estiu literari en xarxa' and then in person with the programming of 'Agost a la fresco'. Also, 100% of the agreements with local associations were maintained despite not being able to offer all the agreed activities and the Puig Llorença Research Award was re-launched 12 years later.

In terms of tourism, there was a busy summer with the access control in Cala del Moraig which, despite having some inconveniences and failures in the booking App, was finally a success thanks to the staff, the police and Civil Protection . Likewise, seeing the rise of nature and experiential tourism, the 'Museu al Vent' has been promoted, with urban routes, audio guides to points of interest in the municipality, 360º virtual reality, etc. It is also intended to value the 'fisheries' with various actions.

Likewise, in the area of ​​Equality, important projects have been developed, such as the documentary 'Les nostres mares', the municipality's first LGTBI Pride campaign or the Equality Plans.

Improvements in sports management and facilities

The mayor, on behalf of the Councilor for Sports, Toni Colomer, who has not been able to be present for personal reasons, has detailed the improvements in sports. In the first place, it has highlighted the change of management to offset the losses of 250.000 euros each year. Thus, with collaboration agreements with sports associations, a saving of 50% has been achieved, an increase in the sports offer and the regularization of hiring in this area.

In addition, the facilities have been improved with a new multipurpose classroom that has managed to centralize all the offer in the sports center; invested in the pool to improve water quality, air conditioning and energy efficiency; A digitized access control will be established in 2021 and the parking area (100 new spaces) and facilities will be expanded thanks to the purchase and rental of two adjoining lots.

Miguel Ángel García has also taken the opportunity to review the inheritance that the current government team found when it came to govern, with numerous irregularities in the matter of contracting and data protection; the chaos of the antennas of doubtful legality in Puig de la Llorença, the traffic problems caused by the lack of a Mobility Plan that the previous government should have demanded from the Lady Elizabeth school and its lack of an environmental license or the historical deficit of municipal infrastructures, among others.

Regarding the Consortium of Aguas Teulada - El Poble Nou de Benitatxell, the first mayor has advanced that the transition to a public company for the management of water supply is being studied, but has pointed out that this transformation must be done in a very thoughtful way and organized, and that doing so now "would be suicide" because the consortium does not have the proper organizational structure. The forecast is to carry out this change in four or five years and ensure "forever, even when times of drought come, a supply of quality water."

“When we presented our project, we were convinced that it would be a before and after for our municipality. Because we have a lot to contribute, we feel what we do and we want to do our best to have a better people. We are sure that we will achieve it even if the beginnings have not been easy. Despite the inheritance and the obstacles, we will continue to leave our skin to carry this great ship forward ”, concluded García, who did not want to miss the opportunity to thank all the public employees and citizens for their exemplary behavior this difficult year and remember José Antonio Ivars, “who takes care of us from wherever he is”.

Compromis per Xàbia: «We continue to occupy uncontrolled territory. We cannot continue building the mountain »
December 17 2020
Leave a comment