Arantza Reig, of the Nautical Club Jávea, selected for the Spanish Cup of Optimist

The sailor of the Optimist A class of the Nautical Club of Jávea, Arantza Reig, has been selected to participate in the Spanish Optimist Cup that will be played from the 15 to the 18 in Cádiz.

Reig, with 14 years, has completed a great season in optimist, with a progression from the first test held in September. It started in the school of Vela del Club and with effort and dedication and the constant support of the club, but also of his family, he has managed to be among the best 20 in the Valencian Community this year. 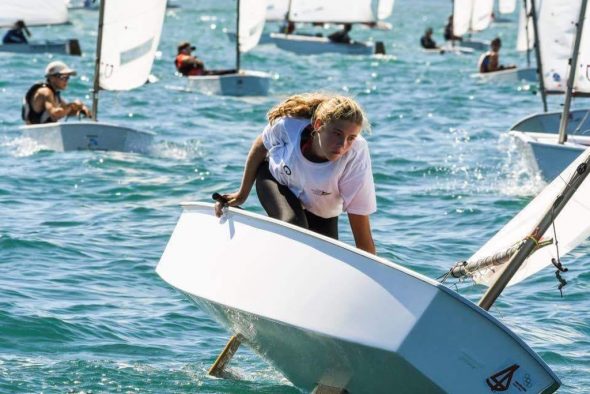 Entering the call for the Optimist Cup of Spain is an incentive for a young sailor and also another success for the Sports Sailing section of the Nautical Club of Jávea.

One of the reasons for the Club Náutico's existence is the promotion of the sport of sailing and the respect and awareness of the marine environment.

Along with Reig, Eduardo Reyes and Carlota Gómez from the Real Club Náutico de Dénia and from the Real Club Nautico de Calp, Sara Momplet and Duco Van Nikkelen have also been called. With what the Marina Alta will have five representatives in this appointment in Puerto Sherry de Cádiz