Undoubtedly, the stormy Gloria, has produced innumerable damage in Xàbia and region. In the last 24 hours, some weather stations in our town have registered wind gusts that exceeded 130hm / h, (135 km / h in La Plana, 131 km / h at the top of Granadella and 129 km / h in Tossal Gros).

The hard maritime storm has swallowed the beaches and the force with which the sea pushed the waves has taken everything in its path.

Since yesterday, Local Police agents, Civil Protection volunteers, forest and consortium firefighters and Civil Guard agents have attended the dozens of incidents produced in Xàbia: fallen and uprooted fences, trees that invaded roads, road signs, etc, "Although it may exceed one hundred incidents", said the mayor of Xàbia, José Chulvi, in the visit of the Minister of Justice and Government, Gabriel Bravo and the Director of Emergencies of the Generalitat, José María Angel Batalla. 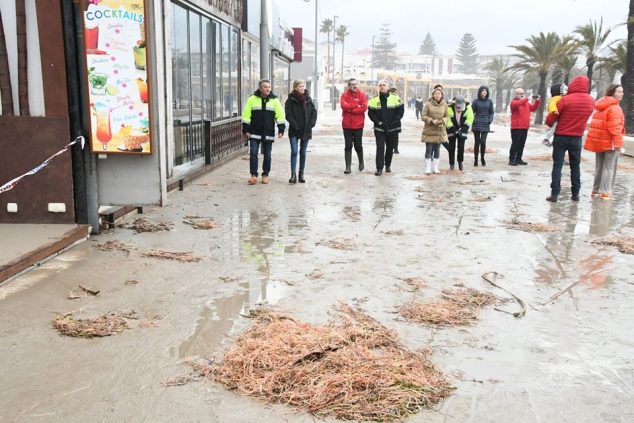 The mayor next to the consellera on the Paseo del Arenal

Chulvi has said that the damage caused is important, "But the departments have already coordinated and we are working to return to normal the main roads of the town that were cut to traffic such as the Mediterranean Avenue (First Mountain) and Avenida Jaume I (Puerto de Xàbia)." Point out that around 19 pm, the work of the machines has left the Jaume I avenue passable until the Adolfo Suárez square. Also, normality is recovered in the classrooms and there will be classes in all centers tomorrow Tuesday, January 21.

The first mayor has indicated that for the moment, "We are still in the emergency so we will wait until it is finished to assess all the damages and determine what kind of actions to take together with the Generalitat and the Central Government."

The Minister, meanwhile, has noted that the level of pre-emergency persists even if it has fallen to orange, "And for now we will be working and supporting each of the municipalities in everything you need, in fact we have sent two car pumps and two units of forest firefighters who are working hard to restore normalcy to the area." 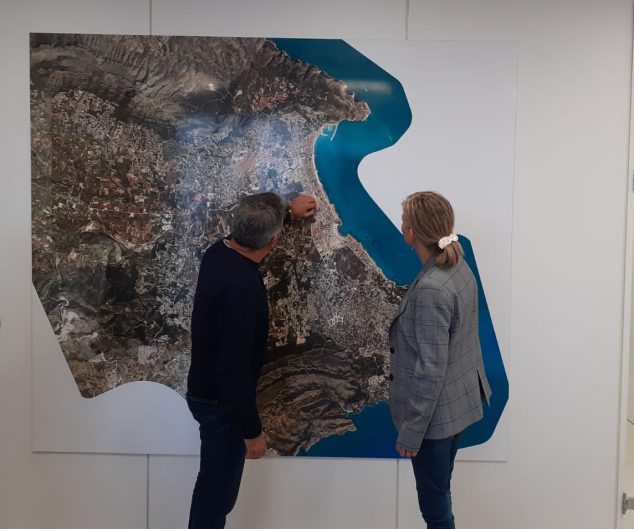 Bravo has announced, during his visit to Xàbia, that he will take to the next plenary session of the Consell an agreement that brings together the possible aid to the hundreds affected by the storm caused by the storm Gloria. The consellera has been able to see first hand the multitude of damages suffered on the promenade of this Alicante town, "Unfortunately, the dike prepared by the City Council has not been able to stop the strong waves".

On the state of the Gorgos River, José Chulvi has stressed that the level is already controlled, "Although it is true that during the morning it has grown rapidly and caused the overflow to occur." Also, late this afternoon, the drop in the flow on the Gorgos River has allowed reopening the traffic on Bologna and Milan streets.

The rest of the streets affected by the maritime storm: Adolfo Suarez Square, access to the fishing port and Nautical Club and Mediterranean Avenue, are still cut off to traffic as well as the pedestrian walkways.

And as indicated above, Avenida de Jaume I has been able to open to traffic.

For tomorrow Tuesday, warnings for adverse weather are still active: orange level for maritime storm and yellow for wind. It is still dangerous to approach the coast and you have to pay special attention to trees and branches that can continue to fall. 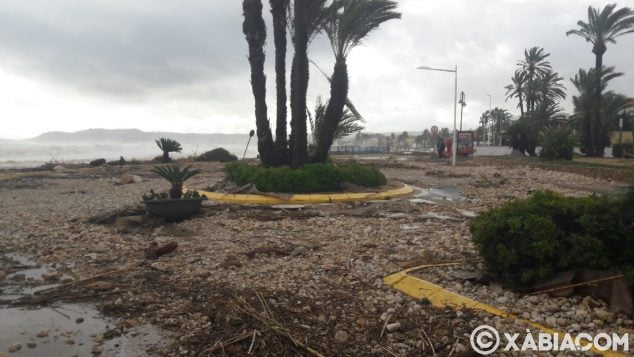 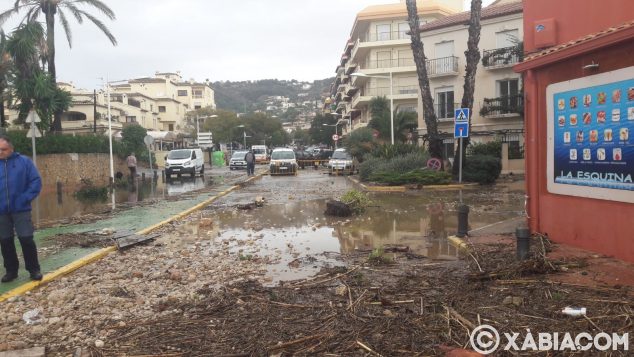