Cala de la Granadella: how to get there, services and photos

La Cala Granadella It is located in the southernmost part of Jávea and one of the most charming and visited. This small enclave, 160 meters long, is characterized by being a rustic cove with crystal clear waters, stone (pebble) and ideal for scuba diving.

Its wonderful landscape has made it the best beach in Spain for two consecutive years according to a contest conducted by Antena 3 TV. 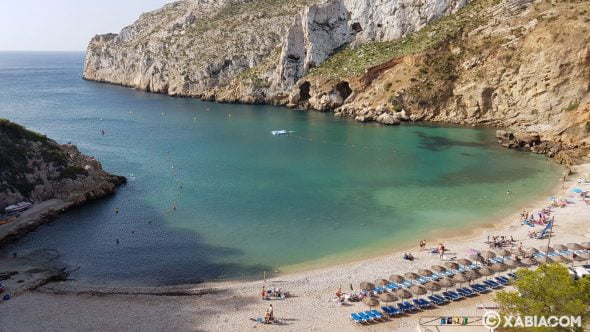 Where is Cala Granadella?

Cala de la Granadella can be accessed through a road of the same name, which is taken from Carretera Cabo de la Nao, approximately 2 km before reaching it.

The descent along this route runs through the Parque Forestal de la Granadella. Likewise, on the same Cabo de la Nao road there are indications that lead directly to the cove and the access to its viewpoint is also signposted.

This cove is annually awarded the blue flag due to its clean, transparent and calm waters. Among the services offered to bathers are:

For the safety and tranquility of users, Cala de la Granadella has a maritime surveillance and rescue service by the Jávea Red Cross from June 15 to September 15, Monday to Sunday from 11:00 a.m. to 19:00 p.m. . 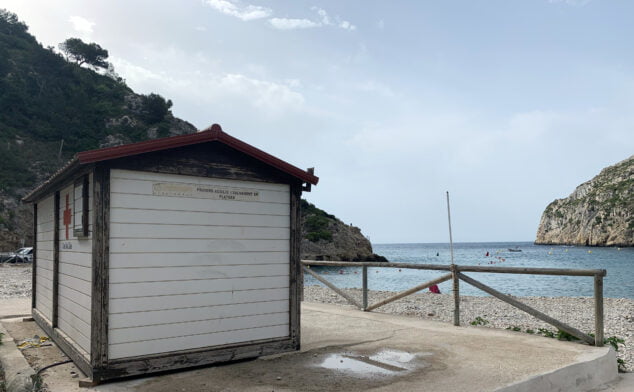 Transportation on the beach

As we have indicated, it can be accessed by car practically on the beach, but for a few years, in the months of July and August, access is restricted. The authorized car park has a maximum of 200 spaces and once it is full, the passage to vehicles is closed.

The only way to access in these cases, in the summer season, is by public transport. From the Town hall They usually provide the public transport service (trenet or bus), but this 2022, the contracting of this service has been deserted because no company has presented itself. So, you can also choose to do it by taxi. 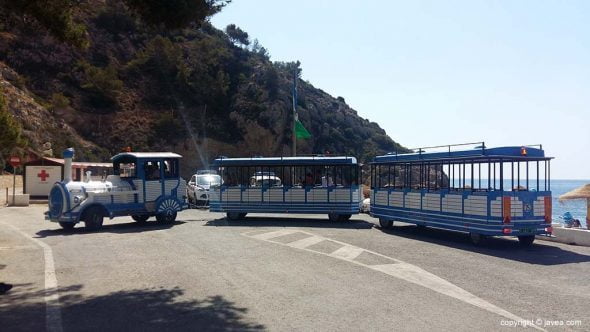 During the months of July and August, two barriers are installed, one at the top of the road and another at the arrival to the beach to indicate when the parking lot of the cove is complete, taking place the descent of it when completing the about 200 places in Carrer de Pic Tort. 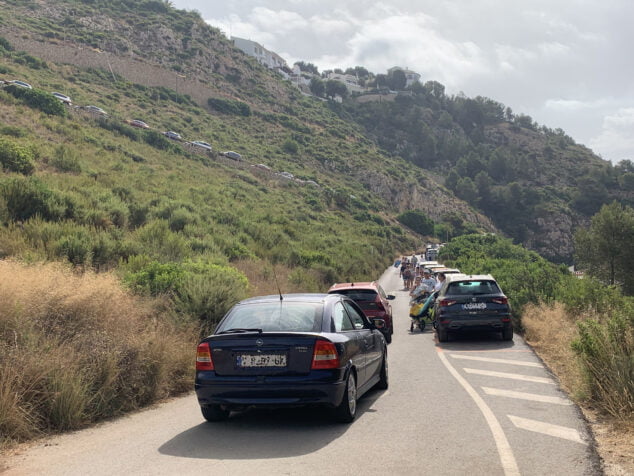 Parking in Pic Tort street, at the entrance to Cala Granadella

In this way, citizens who want to access the cove can leave the vehicle in the parking lot located in Guardia Park and take the tourist train or bus right there to go down to Granadella beach between 11:00 and 20:00. hours from Monday to Sunday (non-existent service in 2022).

The City Council has installed two chemical toilet cabins to serve bathers who are in the Cala.

This service is in charge of a concessionary company, which is the one that manages the rental of sunbeds and umbrellas at low cost.

This cove is one of the best to practice the diving and snorkeling. The beauty of its seabed are known and admired by all fans of this sport since there are also several recommended routes.

The closest route can be accessed directly from the beach, it is of low difficulty and has a depth of -10 meters. Other sports that can be practiced are water skiing or going out with the kayak or canoe to enjoy the beautiful landscapes offered by its cliffs by the sea. 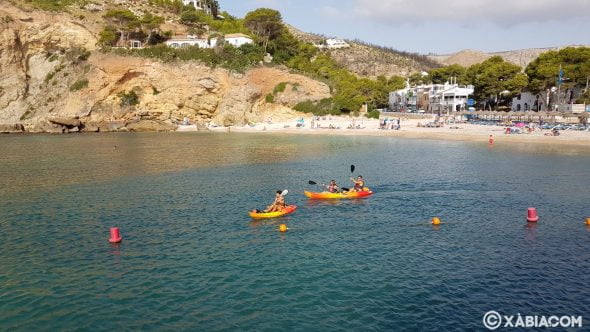 The wind does not bother the beach since it is "hugged" and sheltered by mountains. Therefore it is not the best place to practice sports such as windsurfing, surfing or paddle surfing. If fans want to practice it they can approach the First beach Muntanyar since it is the most suitable for it.

For fun of the smallest a floating platform from which to jump and enjoy a fun bath is installed in the summer months. Other entertainment service is renting canoes and kayaks for trips around the cove. also it offers the rental of hammocks and parasols for sunbathing and enjoying a day at the beach in comfort. Users can park their vehicles in a parking ground right in the vicinity of the beach although it is advisable to go early to secure a place as due to the high saturation of the creek is filled quickly. In addition there is also parking for the disabled.

Another outdoor leisure option in this area of ​​Granadella is to take the hiking route that will dazzle you with magnificent views.

Taking the path from the parking lot of the cove, you access a very beautiful hiking route with unbeatable views of the cove. The end of this route is to reach the Castle of the Granadella, there are the well-preserved remains of an old fortification that served as a defense against Barbary pirate attacks. When you get to the castle, you have to turn around along the path you came from until you reach the beach again.

The cove has the service of three restaurants: 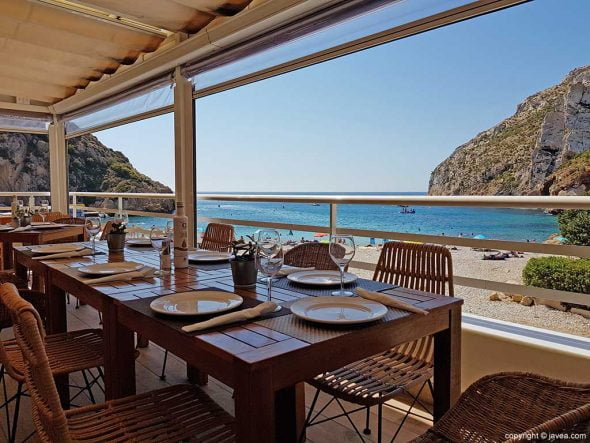 Terrace of the South Restaurant, at the foot of the Granadella beach

The three locals have a specialty rice and fresh fish although it is also an ideal place for a snack, a drink or a refreshing ice cream with beautiful views of the cove place. These restaurants are open only in summer but when it comes warmth and good weather (April-May) usually start opening weekends. We found no other type service as shops or hotels to meet a rustic beach away from urban life.

In Cala de la Granadella we find the avenue of Tio Català, a road full of houses next to each other and that since 2022 is pedestrianized.

These houses belonged to former fishermen that have been passed down from generation to generation or have been sold to third parties. Although all the houses are privately owned, there are some that are rented to spend the summer season. Without a doubt, for those seeking tranquility and being in contact with nature, this is one of the most suitable places.

Down to the cove along the road to Granadella we find a lot of houses and villas many of which are also rented for the entire year or even sold.

Granadella in Jávea Cala is surrounded by mountains and cliffs

Turisme will allocate almost 40 million euros to Alicante and 270.000 euros to the towns affected by the fire
November 10th 2022