Xàbia begins The Balenciaga century: from exclusive designs to a speech by Lorenzo Caprile

From July 1, Xàbia will start the Balenciaga century event with which it will pay tribute to the fashion designer Cristóbal Balenciaga. This summer, the municipality will offer a great cultural program that will revolve around the most international master of haute couture, since Xàbia was one of his most common places of disconnection and where he died 50 years ago. 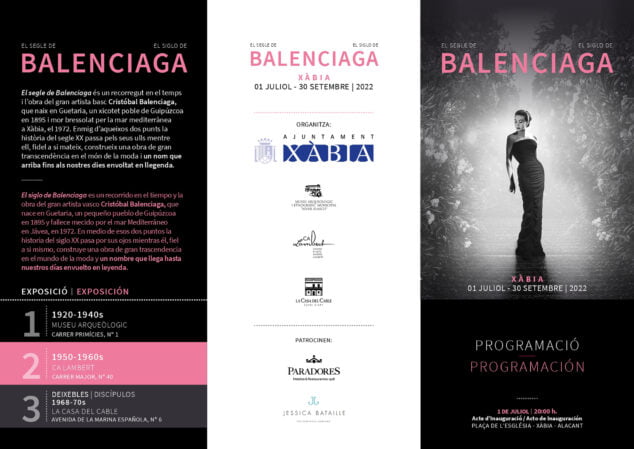 Cover of the programming of The Balenciaga century in Xàbia

Program of activities of The Balenciaga Century

That Friday, July 20, at 00:XNUMX p.m., in the Plaça de l'Església, the opening ceremony of the exhibition cycle will take place. It will be attended by the curators of the exhibitions, the participants in the symposium to be held on Saturday and the local authorities.

With this act will begin the monographic exhibition that will cover its origins, its years of splendor and the legacy it left in fashion, which is still alive and well today. The exhibition, curated by Pedro Usabiaga, will be available from the same 1 30 July to September, in the exhibition halls Soler Blasco Museum, the Lambert Center for the Arts and the Casa del Cable. There will be cocktail dresses, afternoon and evening pieces, as well as two wedding dresses, coats, hats and accessories. Most of them donated from private collections, little known and that cannot usually be seen in museums. 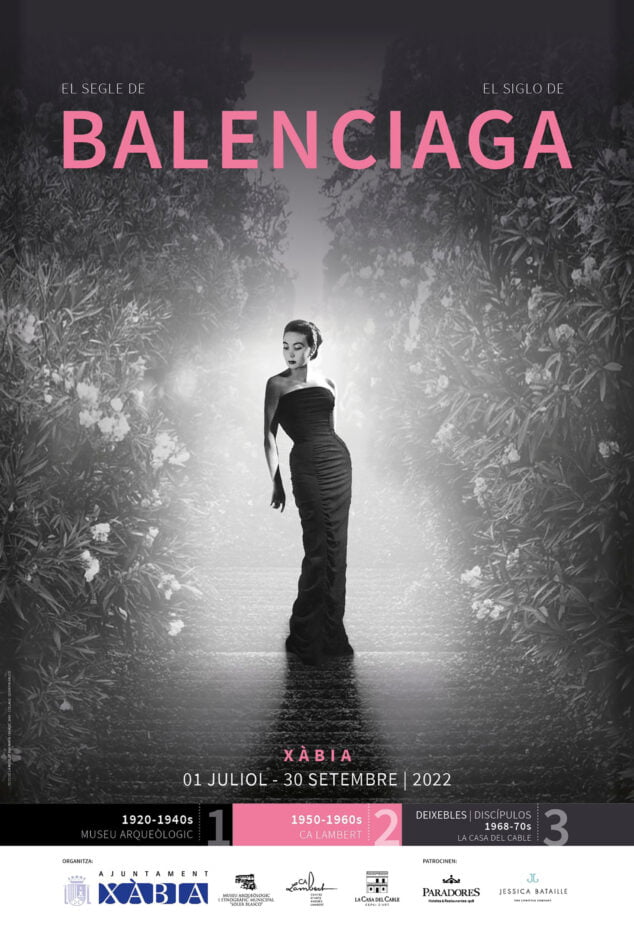 Poster for the exhibition of Balenciaga designs in Xàbia

As for the symposium "Cristóbal Balenciaga, work and legacy 1972-2022", which will be held on Saturday 2 of July at the Parador Nacional, different voices linked to the world of fashion will address the figure of Balenciaga. From Pedro Usabiaga to Amalia Descalzo, Mariu Emilias, Javier Martín and Ramón Tabares Ozcariz, Lola Gavarrón or the well-known designer Lorenzo Caprile. 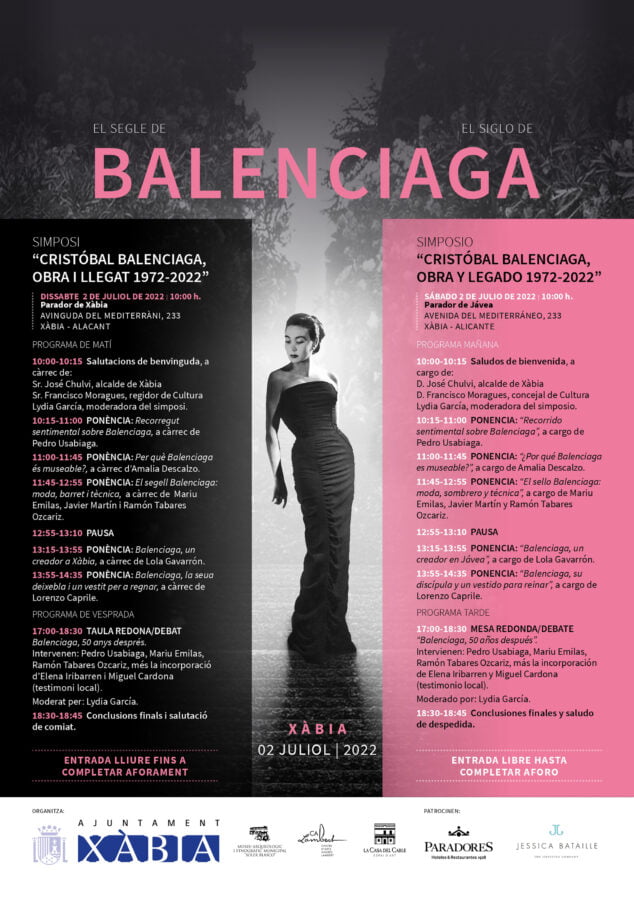 Poster of the symposium dedicated to Balenciaga in Xàbia

The day includes a round table and a debate moderated by Lydia García in which Pedro Usabiaga, Mariu Emilas, Ramón Tabares Ozcariz, Elena Iribarren and Miguel Cardona (who was the Balenciaga driver during his stays in Xàbia) will participate.

All acts of the cycle will be without prior reservation and free of charge, and the complete program can be consulted in the brochures already available both in the Culture House as in the tourist offices and in the rooms where the exhibition will be held.

Other commemorative acts in Xàbia

Other appointments in the program are the projection on July 14 at the Jayan cinema of the film "The invisible thread"; ajornate about the designer in Jessica Bataille's studio on 5 August; or the concert "The sound of its two shores" on Friday September 23 with music from the Basque and Mediterranean coasts performed by the soprano Teresa Albero and the pianist Jesús Gómez. 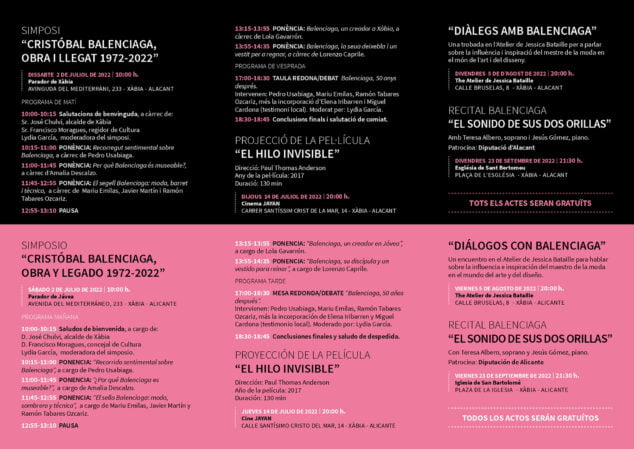