The situation of the coronavirus pandemic has conditioned the celebration of the first popular festivals of the year in Xàbia.

The groups in charge of organizing the festivities of Sant Antoni Abad and Sant Sebastià had everything programmed to carry out the traditional acts of these festivals after last year's break. The commissions, together with the party council, had been working on this celebration for months, but the health situation in recent weeks has caused a change in the program of events.

Yes, the holidays will be celebrated in 2022, but in a different way; maintaining the essence of each one of them but avoiding the acts of agglomerations. 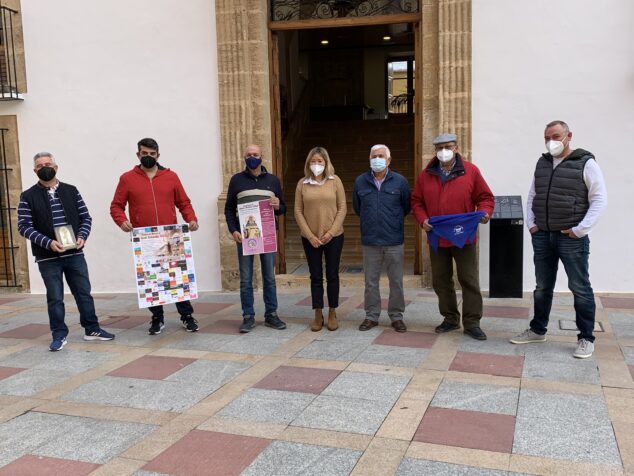 Representatives of the Sant Antoni and Sant Sebastià festivities

On the one hand, the Penya La Burrera and the Tiraset equestrian activities center, in charge of the festivities in honor of Sant Antoni, have decided to continue with the traditional acts but have suppressed all those that involve removing the mask.

These festivities, which are held from January 12 to February 6, focusing the main events between January 14 and 17, will carry out the transfer and cremà del pi de Sant Antoni organized by the Penya del Tiraset, on Saturday, January 15, at 20 p.m. on Calle San Antonio.

There will also be, on Sunday, January 16, the parade of cars, saddles and wagons starting at 11 am, with a round trip from the town to the port, ending in the Plaza de la Constitución, where at 13 hours the blessing of animals will be celebrated.

For its part, Penya La Burrera opens today the Sant Antoni fair and porrat in its usual location (next to Palmela avenue) with attractions that will run until February 6, with reduced prices being Children's Day on Friday, January 21 .

Likewise, on Monday, January 17, the celebration of Sant Antoni is held in the Loreto church, with the Eucharist and the blessing of bread, to later go to the promenade for the blessing of pets.

In these festivities, in honor of the patron saint of Xàbia, they are celebrated from January 20 to 23, only religious acts will be held, and bullfighting acts are suspended.

On Thursday, January 20, there will be ringing of bells, awakening, parades and solemn mass at 20:XNUMX p.m. in the church of San Bartolomé.

On Saturday January 22, weather permitting, a children's storyteller will be offered at 10:30 am. And on January 30, the San Sebastià Patró de Xàbia Cycling Trophy will be held.