By noon on Monday, the General Meeting of AMJASA (Aguas Municipales de Jávea SA) had been convened to form the new Board of Directors.

According to the statutes, the council is made up of a total of nine people, of which one third must be councilors of the City Council. In a meeting of spokesmen the proposal of the mayor of Xàbia, José Chulvi, was agreed to assign five advisers to the PSPV (translating the majority of the plenary session) and the other four, one to each political group, so that they were all represented.

However, today, the Popular Party has asked to make an amendment to this proposal to report more representativeness in this council, taking into account that this municipal group has five councilors in front of the other opposition parties that have two, such as the case of Citizens by Jávea and Compromís, or one in the case of Citizens. 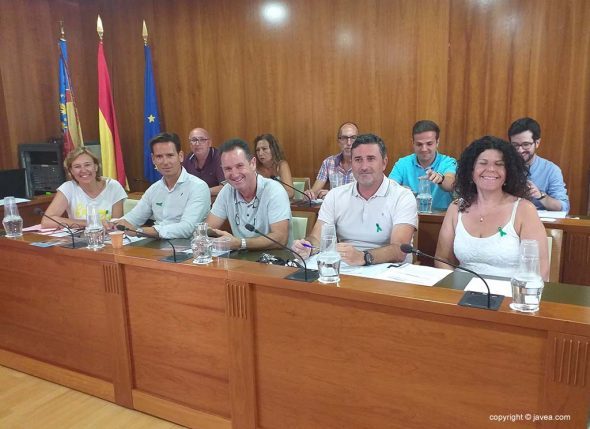 The rules of operation of the General Meeting prevent the presentation of amendments. Thus, and maintaining the line of consensus that has marked management in Amjasa in recent years, the mayor has decided to leave the point on the table (and the rest of the agenda since they were linked) and convene a board of spokespersons to analyze possible alternative scenarios and agree on a new proposal.

Among the possibilities discussed are: Maintain the current number of 9 directors. In this case for the PP to win one, another party should lose it (for having the minor representation the logical thing is that it would have been Citizens).

On the other hand, another option would be to make a change in the bylaws, making the number of directors 11, so the PSPV-PSOE would have 6, the PP 2, CdJ 1, Compromís 1 and C's 1. This option, however, should be approved by the General Meeting.

Finally, it was decided to convene the General Meeting next Wednesday 21 and propose the same board of directors as today, with 9 directors and all the groups represented.