The Poble Nou de Benitatxell will save 6.300 euros per year in salaries despite expanding the team with a mayor

The new government team of the Poble Nou de Benitatxell, formed by Més Benitatxell and with the incorporation of the mayor of Benitatxell Gent, Toni Colomer, save 6.300 euros a year despite having more councilor with responsibility for municipal management. In the previous legislature, the councilors with delegations were six and their salaries were up to 132.300 euros per year. Now, instead, a mayor is added to the tasks of government and the expense in compensation is reduced to 126.000 euros. 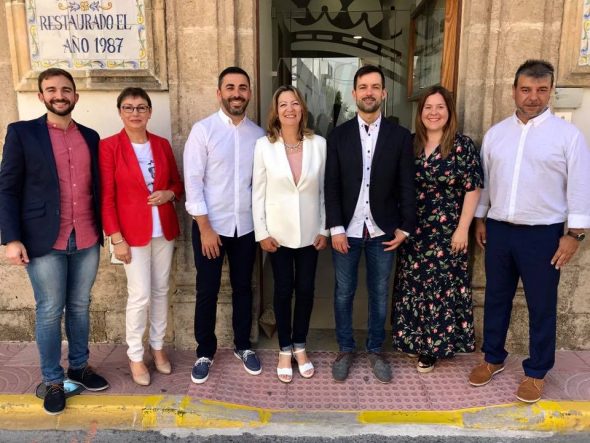 In this way, it is confirmed that the salaries will be much lower than the maximum that the Valencian Federation of Municipalities and Provinces marks for a municipality with the population of Poble Nou de Benitatxell.

The mayor has stressed that the new local government is committed to containment in the salaries of public officials. "That the dedications are partial and not exclusive does not mean that we do not dedicate 100% of our energy to the City Council and the neighbors. This legislature will be transformative and hard work. We want a sustainable administration in every way. It is in these new and adjusted remunerations and will be in the commitment to sustainable development and the projects that will make Poble Nou de Benitatxell a people committed to the objectives of the 2030 Agenda of social justice and environmental defense ", said Miguel Ángel García.

Xàbia requests the Government to be able to use the surplus and cover the needs caused by COVID-19
June 30, 2020

Xàbia votes to promote new agreements in favor of the rights of LGTBI people
June 30, 2020
Leave your comments

Forget about varicose veins at CUME Polyclinic and find out what to do to prevent them from coming back
more promotions Browse Contests
The weather in Jávea
Jávea
July 14, 2020