The celebration of the Riurau Film Festival 2019 - VIII International Short Film Show is just around the corner. From the 13 of August to the 14 of September, movie lovers will be able to enjoy an extensive program of filming and assembly courses, the creation session of short films of the Riurauff Express (filming to be done in 48 hours), talks and screenings that will take place in four locations of the Marina Alta.

Xàbia, Dénia, Jesús Pobre y The Xara, which joins the circuit this year for the first time, will be the scene of this consolidated film festival organized by the Escola de Cinema Riurau directed by José Ramón Cardona Serra. 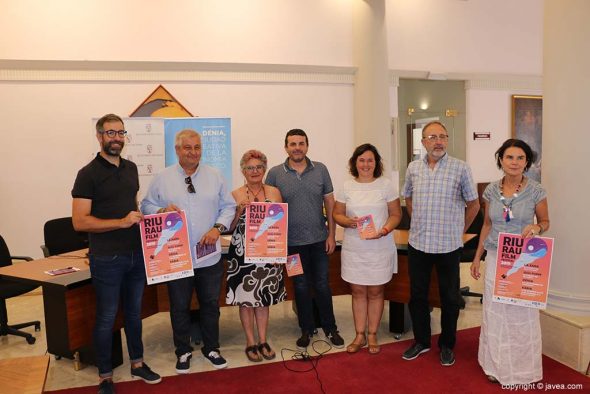 On this occasion, the 2019 edition has broken the participation records for the presentation of short films, since the organization has received a total of 460, with high quality international participation and short films from 21 countries: United States, Argentina , Ireland, United Kingdom, France, Turkey, Peru, Poland, Brazil, Canada, Bangladesh, Puerto Rico, Macedonia, Belgium, Bolivia, Mexico, Panama, and co-productions with
Germany, Greece, Venezuela, Colombia, Chile, Cuba, El Salvador and finally Spain, with the widest participation of short films so far, "So we observe a growth of the film industry in our country", the organizers said.

As every year, the short films are divided between different sections, which will be screened in the different venues being the programming: In La Xara, the festival will be on August 23 with the screening of the section of short films in Valencian; Jesús Pobre will host the event on 30 on Dance and LGTBI-themed films, as well as those selected resulting from the Riurauff Express. Dénia will host the 6 and 7 days of September, in Torrecremada, of the screening of short films on social integration. And Xàbia will be the town that hosts the closing of the Festival on 13 and 14 in September with the collaboration of the Oceanogràfic de València to create a section on environmental issues and the fight against climate change.

Likewise, the organization of the Riurau Film Festival, taking advantage of the awards ceremony, will award two honorary awards to the Cineclub Pessic de Dénia and the Jayan de Xàbia Cinema, the only cinema that exists in the region and that continues to screen premiere cinema and in original version.