Last week the second 2019 Governing Council of the members of the Local Agreement for Employment and Local Development of the Marina Alta was held in the plenary hall of the City Council of Teulada in which it was agreed to endorse participation in an employment workshop by virtue of the call for the mixed employment-training program
for 2019 aimed at facilitating the employment of people over 25 years.

Among the topics discussed, on the one hand, socio-health care for dependent persons in institutions was agreed
social, and in professions of local tourist promotion and information to the visitor to implement, in addition, in this last assumption the strategy "Passport Marina Alta" of the Territorial Diagnosis of the Marina Alta. 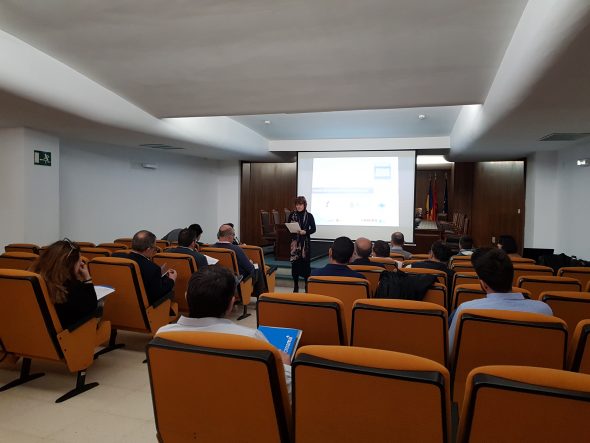 On the other hand, the session was used to inform about the progress of the experimental projects and the inclusion of the Regional Agreement of the Marina Alta in the Network of Pacts of the Valencian Community, managed by the Consortium Pactem Nord, with the collaboration of the General Management of LABORA; whose objective is to highlight the commitment and involvement of the territories around the supramunicipal strategies of territorial development.

The intention is to reinforce commitments on the part of the responsible people who direct at a political level
institutional agreements and pacts, thus enhancing participation and involvement in different territories.

All the members of the Pact present in the session remarked their commitment to continue working for the benefit of the region, and give support to the team of experimental projects for their consolidation as territorial development tools. Carlos Linares attended, on behalf of the president of Creama, and the representatives of the City Councils of Calpe, Dénia, Teulada, Xàbia, El Poble Nou de Benitatxell, Senija and El Verger; and the entities Xarxa Joves Marina Alta-MACMA-, Directors Association IES-PV, UGT-PV, CC.OO. l'Alacantí- Les Marines and Associated Center to the Uned in Dénia.

Marina Alta Employment: 89% of hiring from April to June have been temporary
August 09st, 2019
Leave a comment