After 13 hours, the announced rain was seen in Xàbia. In just a few minutes, it has rained heavily in several areas of the town, registering 21 liters in the Freginal in less than 30 minutes.

In the Castellans Departure, the accumulation of precipitation in less than an hour has been 16 liters and in less quantity in the Arenal beach where about 9 liters have been counted, according to data provided by Meteoxàbia. 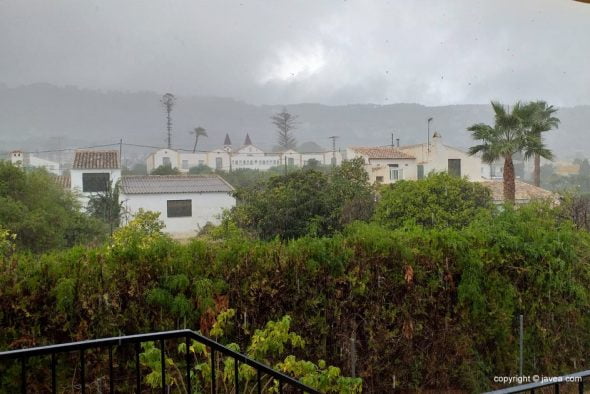 Moment of rain in Xàbia

The forecast for the weekend, as reflected by the State Meteorological Agency, rains could occur in Xàbia on Saturday morning that could last until mid-afternoon, although they would be scarce. For Sunday, the sky is cloudy during the first hours of the day, passing at cloudy intervals starting at noon. Temperatures will be maintained between the minimum 19 and maximum 28.

The destruction of the temporary 'Gloria'
21 January 2020