The City Council of Xàbia has reopened the Avenida dels Furs, one of the accesses to the port, after the works that have involved the reform of the sidewalks, resurfacing and replacing the trees. Also the renewal of the pluvial network and public lighting.

This morning the mayor, José Chulvi, and the councilors of Works, Isabel Bolufer, Services, Kika Mata, and from the Duanes neighborhood, Marta Bañuls, have visited the site to see the results of the work and authorize its reopening. The road has considerably improved its image and safety for pedestrians. 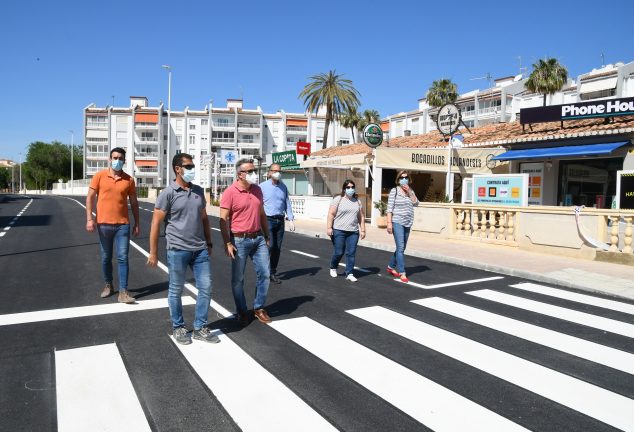 The councilors review the finish of the remodeling work

The project has involved a municipal investment of 144.500 euros and has been carried out by the local company Excavaciones Mayte. The works, which have improved the section between the Civil Guard barracks and the intersection with Avenida Lepanto, began in mid-January and had a two-month deadline.

However, they have suffered a justified delay: first they were affected by the stormy Gloria and later by the stoppage of public works that the City Council decreed during the first weeks of the State of Alarm. 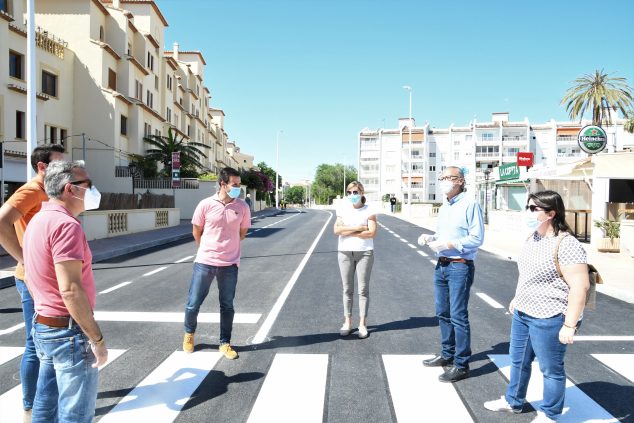 Other public works currently underway are those for the repair of the Paseo de Caleta and the Guillermo Pons roundabout, which is scheduled to be completed at the end of the month, and the reconstruction of the Triana bridge, which, after the demolition of the existing one, is making progress on preparing the entire foundation for when the two prefabricated pieces arrive.
will form the new bridge.

The Xabiero goalkeeper, Adrián Ortolá, delivers an ozone generator to the Xàbia Health Center
May 30 2020

[Survey result]: For or against returning to normal after the COVID-19 pandemic?
May 30 2020

Set up your pool with Sanexabia Sanitation
more promotions Browse Contests
The weather in Jávea
Jávea
May 30, 2020