Yesterday's plenary session had a great debate on the point on the approval of the Tax Ordinance regulating the fee for parking in the Calas del Portitxol and granadella. As already announced, the government team put to a vote the proposal to pay 9 euros, during the summer months, for parking in the two mentioned coves between 9:00 a.m. and 19:00 p.m. A new ordinance that has only had the votes in favor of the government team formed by PSOE and Ciudadanos por Jávea.

On the part of the opposition, a unanimous opinion has been shown that there is no rate per time slot, but that it be fixed and that the residents of the town do not benefit. That is why the Popular Party has voted against and Citizens and Compromís have abstained. 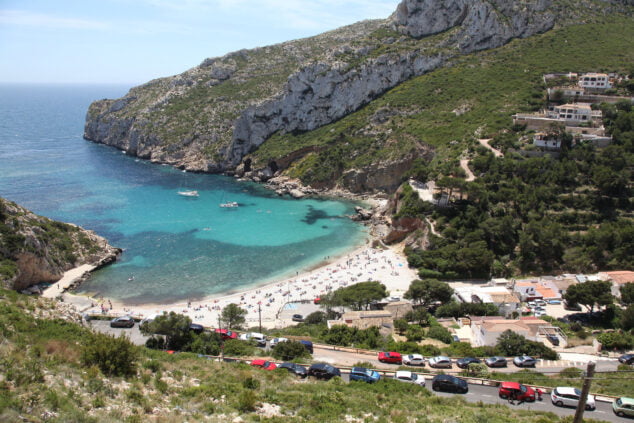 Specifically, from the popular ranks, its spokesman, Rosa Cardona, has proposed other control measures within this regulation that improve access for residents, registered residents or those who only go for a short period of time. Cardona has pointed out that a different price should be charged for those who only go for one hour, for example, "why the tourist who goes at 18:XNUMX p.m., one before the end of the payment period must pay the fixed rate that is the whole day? ". Likewise, the popular mayor has pointed out that there would be a license plate reader for residents, bonuses for residents or the option of prior reservation of a place.

For his part, from Compromís, the spokesman, Juan Cardona, has questioned the date of entry into operation of this payment service and has outlined the importance of having bonuses for those of Xàbia. Citizens join this xicotetion. Enrique Escrivá has also added the possibility of benefiting drivers who drive an ecological vehicle for following the line of work and protecting the environment.

Faced with these issues, the councilor for Playas, Tony Miragall, explained that the new fiscal ordinance has improvements such as information panels, public transport access to the cove which will have bonuses for those registered. Likewise, Miragall has ensured that residents will be able to access their homes since the payment rate only affects the time of parking and has added that for next year, "if something has not worked, it will be modified".

The mayor of beaches has clarified, in response to Rosa Cardona, that prior reservation is not feasible due to the lack of parking in the vicinity of the cove. In response Compromís, Miragall has assured that the service will be in safe operation at the beginning of the season, "if not at the beginning, in the middle of June".

The underground car parks of Xàbia will have the demanded ATMs
June 21th, 2022
Comments