The Ministry for the Ecological Transition has given its support to Projecte Xàbia of the Oceanogràfic Foundation when selecting it among the most 160 projects in Spain and granting it a subsidy to carry out activities in the field of terrestrial biodiversity, marine and coastal biodiversity and the promotion of environmental information. 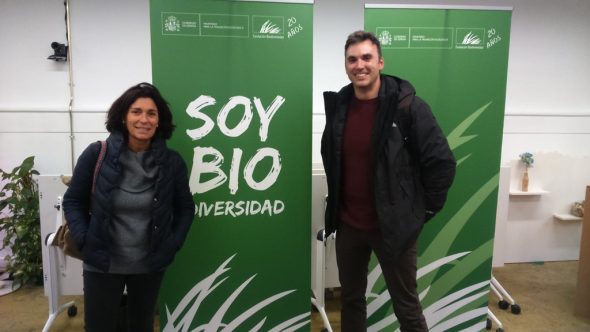 In the 2018 year a second stage of interpretation was developed to transfer these results of the project to local agents and to the Ajuntament de Xàbia in order to sensitize the population and conserve the natural heritage submerged in the littoral. This project aims to link society with the conservation of biodiversity and that they are active actors in it.

Within the actions of environmental education carried out, marine biodiversity is approached not only from a biological perspective, but from multiple areas such as art, literature, gastronomy, history and tourism, among others, always from a perspective sustainable.

At present, the project continues its course until the end of 2019 with a range of environmental awareness actions programmed for the different stakeholders of the population and with the support of the Biodiversity Foundation.

The ministry thus places the project at the spearhead of the conservation of biodiversity in Spain, since of the 160 projects presented, 49 grants have finally been granted, 13 of which belong to the modality of marine and coastal biodiversity.