The female team of CH Xàbia winner of the Burriana Tournament

El Club Handbol Xàbia, as a reference club in Valencian beach handball, continues to reap important victories with which they earn the respect of the world of beach handball. 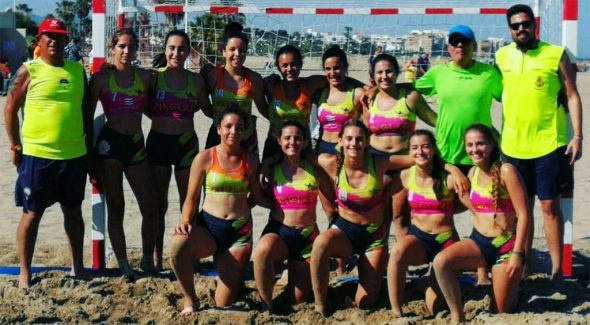 This weekend they moved to Burriana youth teams to compete in a tournament in the senior category to continue their preparation for the Arena 1000. This circumstance made the mentalization different, being very clear that it would be very difficult to fight for the first places with the older teams.

The young girls won all their group matches by two sets to zero, Sagunto, Betxí and Almassora. In the semifinals they met Mar Menor, the team that plays the 1000 Arena Circuit and the Spanish Championship, winning by two to zero when they came back eight points in the first set.

The final came against a team of the same category as the semis and the first set was lost in the golden goal, after drawing 20; was followed with the confidence that gave the game and won with three points reaching the shootout, which was won by 7-2, taking the tournament. 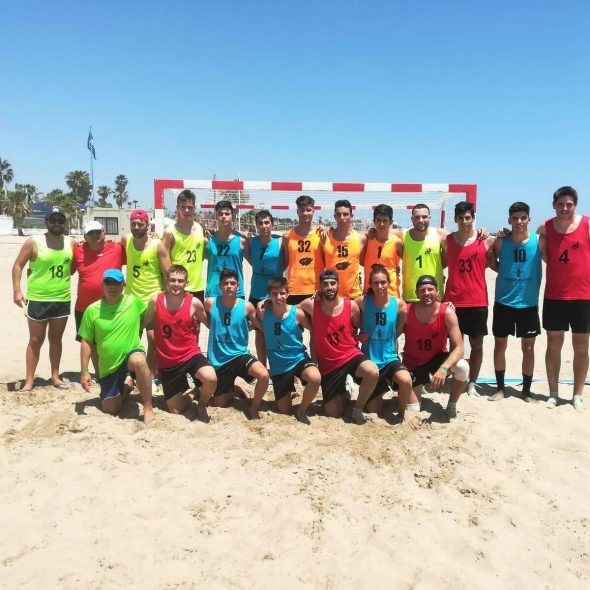 The men's junior started against the senior of Oliva A, who won by a clear two sets to zero. In the second match he lost against Sagunto, reaching the final game of the group stage against Betxí with the obligation to win to reach the semifinals. This was achieved with a certain ease.

The moment of truth arrived against the Algemesí Marists, with whom he lost by two sets to zero but facing all times against those who would eventually win the tournament.

Finally, for the third and fourth place they met again with Sagunto, who was won in the shootouts, so they won the bronze medal.