From June 23 to 26, the CD Montgó-Xàbia traveled to Lleida to be part of the National Base Championship, which was held in the Catalan city. 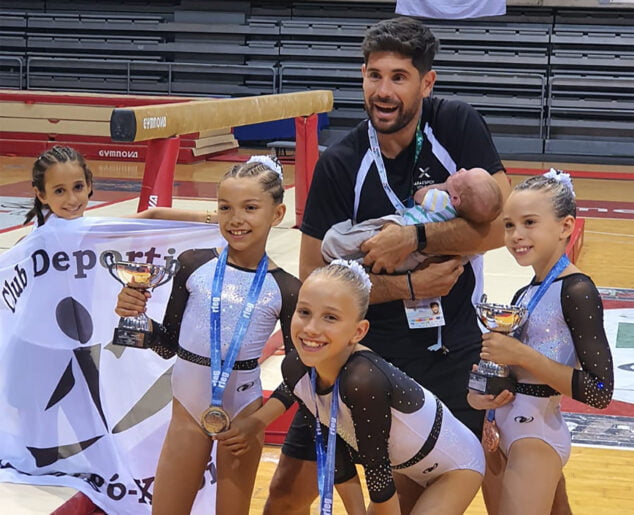 Lilly Amat, Kila Stuivenga and Charlie Khilya debuted in this championship, who had to compete in a group of 100 girls. Lilly, who has only been with the club for 7 months, managed to place a remarkable 25th.

Paula Martin and María Gámez competed in Base 2, being about to get on the podium. However, in the last rotation they fell to fourth and seventh place, respectively. But of 75 participants, so it is a more than satisfactory result. In addition, Paula got the bronze in jump.

It was in Base 4 that they managed to prevail thanks to the exercises of Estrella Gámez and Lola Mathews, finishing second and third in the comxicotetion. Similarly, Estrella was third on the ground and Lola second in parallel bars. She also competed in the Liliana Penge category, achieving fifth place and placing third in vault.

In Base 3, Valeria Romera stood out, who was third in jumping, and Ruby Kitchen, third in both jumping and in the general. In addition, she helped Resa Stuivenga make her debut in a national comxicotetion, sometimes achieving a podium that she finally missed.