The strong gusts of wind produced during the stormy glory this past Monday, January 20, produced the start of the clock glass of the bell tower of the Church of St. Bartholomew. A historical piece that fell, one part, on the roof of the communion chapel and another on a vehicle parked in the Plaza Celestino Pons causing various damages. 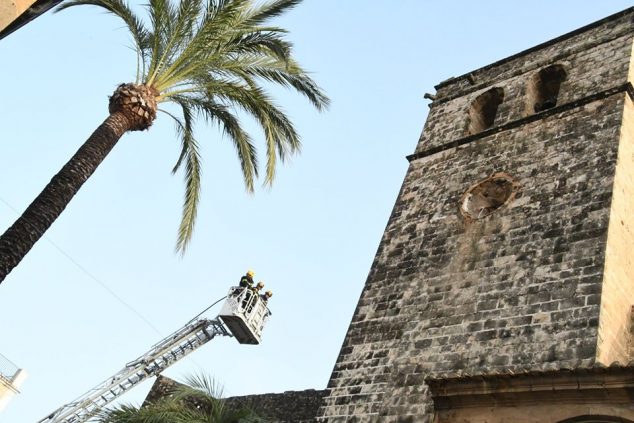 From that moment and for security, the Plaza was closed to traffic to avoid falling debris again. After the strong storm suffered from wind and rain, in the afternoon yesterday Tuesday, Firefighters of the Provincial Consortium came with a telescopic ladder truck to remove the loose damaged elements that were left on this roof and check the space occupied by the clock in the tower of the bell tower to avoid risks.

At present there is only the axis and the hands. The Church is pending an imminent rehabilitation of roof cracks as the temple suffers leaks. After the sanitation work by the firefighters, the Local Police reopened access to the square. 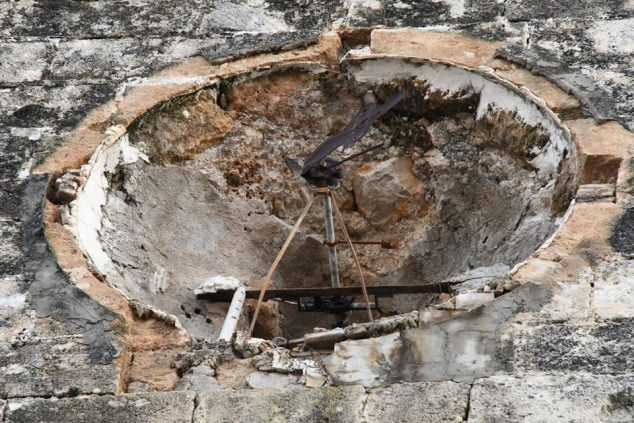 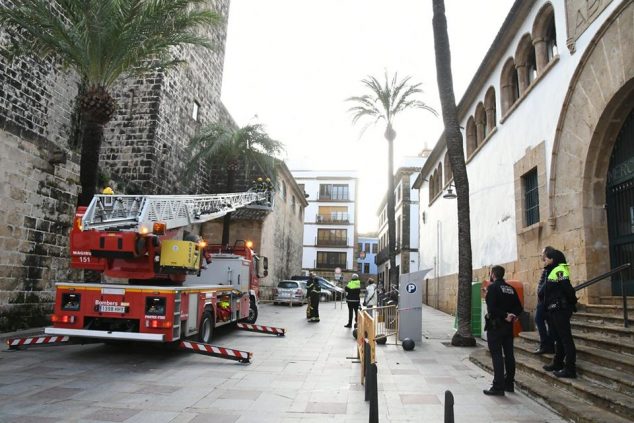