Adrián Ortolá: «I feel excited, I want to play since this last year has not been easy for me»

The soccer goalkeeper, Adrián Ortolá, is finishing his last days of vacation in Xàbia. Before leaving for the Canary Islands, since he signed with CD Tenerife, Xàbia.com He has been able to talk to him and get to know his first sensations after having signed for two seasons as the new goalkeeper of CD Tenerife, as announced on the official website of the club and has confirmed the xabiero.

Ortolá has indicated that It was yesterday, Friday, when he signed the new contract, "I feel very happy and proud, the managers and colleagues who have played in Tenerife have talked to me very well about the club and they also talk about the island's wonder." 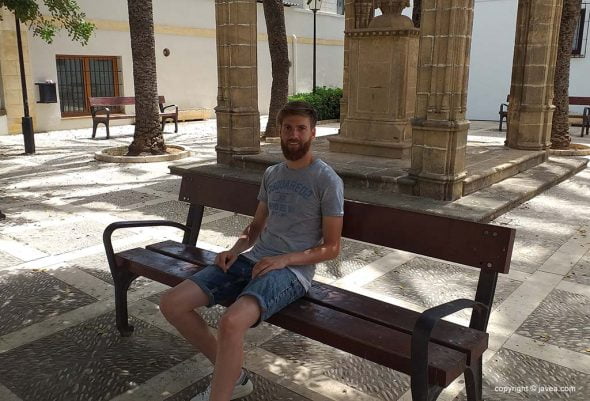 The goalkeeper said that after having a conversation with the sports director "They have transmitted to me that they are eager and ambitious and that is what has led me to sign with the CDTenerife." With this signature, Ortolá dissociates from FCBarcelona although this club would have a percentage in case of a new transfer, "My march to Tenerife is a positive situation for FC Barcelona, ​​Tenerife and for me, I am satisfied and happy as I go to a club where they work very well."

Now, Adrián Ortolá, is placed under the orders of Tenerife coach, López Garai, which will be the first time he will have him as coach, "Although I had the opportunity to talk to him on the phone"

The one of Xàbia, in the island team, will have the competition in the goal of Dani Hernández, "He is a good goalkeeper, but I want to play since this last year has not been easy for me, I hope the club achieves the goal that is proposed".

Adrián will fly tomorrow to Tenerife on Sunday to carry out the pertinent medical examinations and
In all safety make the official presentation.

From Xàbia.com the best wishes for Adrián Ortolá with the CD Tenerife.