The football goalkeeper of Xàbia, Adrián Ortolà, has signed for the blue and white team of the Canary Islands, specifically for the CD Tenerife. A news that has been made official just a few minutes ago.

Until this moment, Ortolà was the goalkeeper of the Real Club Deportivo de La Coruña that played in the Second Division.

The one of Xàbia has indicated to this means, Xàbia.com, who feels happy and excited about this new project for which he has signed for two seasons. 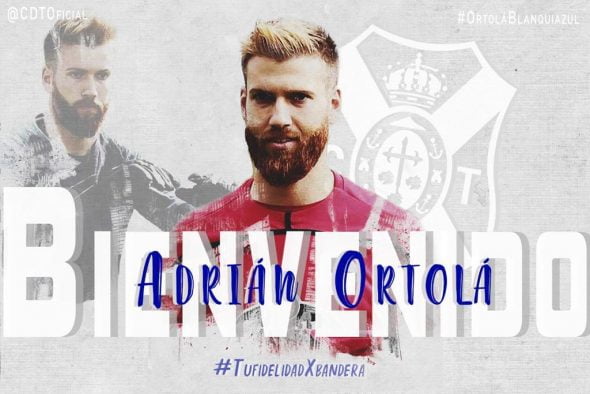 According to the official website of the Tinerfeño team: "The blue and white team, FC Barcelona and Adrián Ortolá have reached an agreement (...). The player arrives at the property at no cost for transfer. His home club reserves a percentage on a possible transfer of the new professional blue and white "

Adrián Ortolá currently has 25 years and has been trained in the lower categories of Villarreal CF, as a member of the subsidiary, in addition to exercising with the first team of the yellow submarine. In the 13 / 14 season, already in the ranks of FC Barcelona, ​​he made his debut in La Liga 1 | 2 | 3.

He has also gone through Deportivo Alavés where he debuted in La Liga Santander 16 / 17 and participated in the Copa SM El Rey. From there he returned to Barça to compete again in LaLiga 1 | 2 | 3 (17 / 18) and to also exercise, as usual, with the first FC Barcelona team. In the 18 / 19, Adrián Ortolá was loaned to RC Deportivo, with whom he stayed very close to the promotion to LaLiga Santander.

Now faces a new stage with the CD Tenerife, so in the coming days will move to the Islands to perform the medical examination and start the preseason.