Three arrested in Calp for drug trafficking, scams and thefts of tourists

The Civil Guard has detained in Calp two people, a French man of 34 years and a Romanian woman of 28 years, as alleged perpetrators of the crimes of theft, bank fraud and robbery with violence. In addition, in the same town, a man, a Spaniard of 42 years, has been arrested as the alleged perpetrator of a drug trafficking crime. 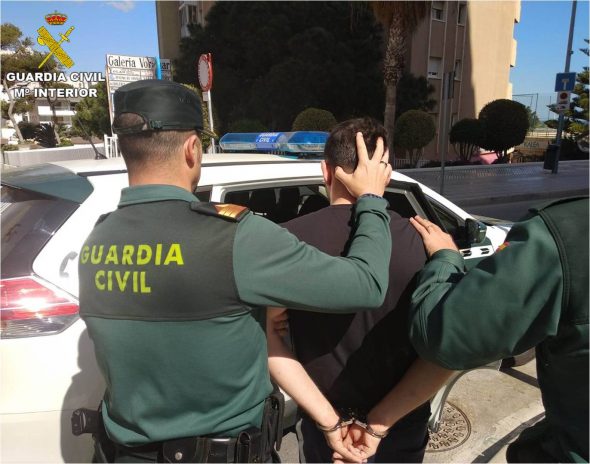 This morning in Calp, the Civil Guard has arrested two people, in two different actions, as alleged authors of several crimes of theft, fraud and robbery with violence and intimidation to foreign elderly people.

The first detainee was a French citizen of 34 years, who approached foreign citizens when they used the ATM. Always well dressed and with the appearance of a tourist, he addressed them on the pretext that the cashier had not given them all the money. Kindly, he asked them to reintroduce his card to correct the error, which he used to observe the PIN number. Once he got the key, he used all kinds of tricks to steal the card and make them believe that the cashier had "swallowed" it.

In this way he acted in Calp, Alfaz del Pi and Santa Pola, until agents of the Investigation Area of ​​the Civil Guard of Calp, established a surveillance operation and managed to locate him in the vicinity of a cashier, while stalking a new victim.

It is estimated that this man of 34 years, arrested as an alleged perpetrator of three crimes of larceny and bank fraud, would have defrauded the amount of 3.000 euros here on the Alicante coast, although he also has a history of similar scams in France. After going to court, he has been released with charges.

In prevention of crimes committed against tourists and elderly people, the Civil Guard of Calpe also arrested a woman, alleged author of three crimes related to the method embrace, which approached older men and after addressing them of Affectionate, with kisses and hugs, managed to subtract high-end watches and other effects of great value. 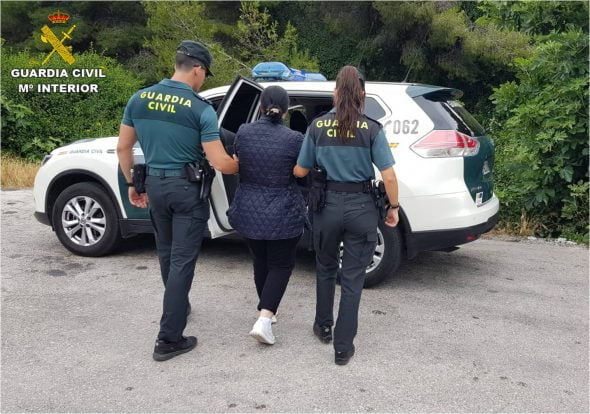 This woman, on which requisites of several courts, tried to avoid arrest by giving the agents an identity different from the one that appeared in the requisitions. Possessing two documents proving identity, one with the maiden name and another with the married name, alternated them at convenience to confuse the security forces and bodies.

Finally, she confessed both identities and was arrested as an alleged perpetrator of a crime of robbery with violence and two crimes of theft. After his arrest he was released on charges.

The latest arrest was the result of an investigation carried out in recent months, about a man who used the bar he ran to sell drugs to retail customers.
During the course of the months, this man stopped running that bar but did not abandon the criminal activity, but continued with the sale of drugs, this time distributing it in his vehicle through different bars of drinks and addresses of former customers. 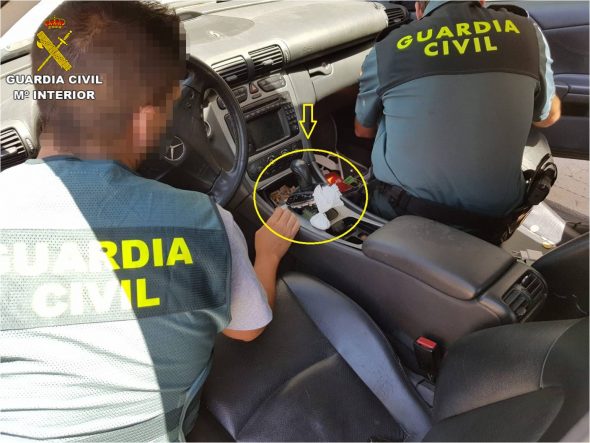 The Civil Guard of Calp detained him as the alleged perpetrator of a drug trafficking crime, by registering his vehicle and finding a package with 25 grams of cocaine hidden in a double bottom under the change of gears. He was released on charges, after being brought to justice.