The Civil Guard has recovered the lifeless bodies of seven people in the waters of Alicante and Murcia, four of them on the coast of Pilar de la Horadada and Torrevieja, and three in La Manga del Mar Menor. The bodies have been transferred to perform autopsies that can determine the causes of death and achieve their identification. 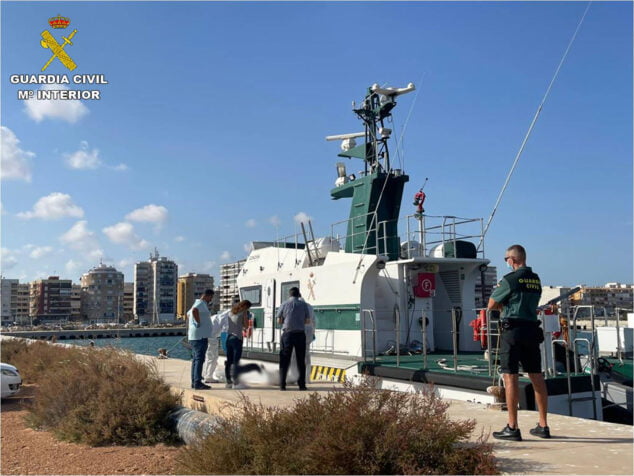 Yesterday, Sunday, August 28, the Civil Guard recovered five bodies at sea, three of them in the waters of Pilar de la Horadada (Alicante) and two in the waters of La Manga (Murcia). The events occurred between 13:00 p.m., when the first of them appeared in Murcia, and 22:40 p.m., when the fifth was found. Throughout this morning they have been found, one more in La Manga, around 12 in the morning, and the last one 3 nautical miles from Torrevieja, at 14:00 p.m.

The bodies have been transferred for the performance of the autopsy to determine the causes of death, sex, age and possible nationality of all of them, although apparently they could be of North African origin and the possibility that they sailed in a boat type patera coming from their country of origin.

It so happens that last Saturday, August 27, at around 15:45 p.m., a person traveling alone aboard a fiberglass boat, 6 meters long, without an engine, was rescued by the Maritime Rescue helicopter. who was drifting 30 nautical miles from Cabo de la Nao, in Xàbia (Alicante). It was a man who did not carry documentation, who told the agents that he was 21 years old. The Civil Guard investigates the facts to determine the possible relationship between the boat located in Xàbia, and the seven bodies found in the sea.

Xàbia sneaks into the list of the most beautiful towns, according to 'National Geographic'
November 26th 2022

Neighborhood outrage: "the lack of agreement does not allow improving road safety on the Portitxol highway"
November 25th 2022
1 Comment

28.803
2.019
9.411
836
We use cookies necessary for navigation and traffic analysis. We do not use cookies that provide us with personal data or advertising cookies.
More optionsACCEPT
Manage consents