For the first time, more than 400 school children had met to discuss and discuss marine biodiversity. It happened yesterday Monday, 17 of June, in the installations of the Oceanogràfic of Valencia. The children of the different schools of Xàbia were responsible for presenting their projects in the I School Congress of Marine Biodiversity, work that has been developed by teachers from 3 to 17 years.

The Oceanogràfic Foundation began two years ago a project to stimulate local society about the great resources offered by the sea, without which Xàbia would not be what it is now, as it is a population that is very united economically, socially and culturally to the sea. 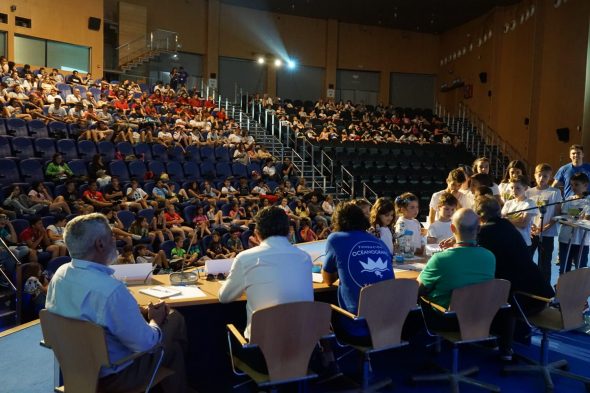 On Monday, under the motto of a "Approach to the Knowledge, Interpretation and Conservation of the Biodiversity of the Marine Funds of Xàbia", it was intended to make known, interpret and value the marine biodiversity of the waters of the Javean coast with the ultimate goal of promoting protection behaviors of the marine natural heritage over the entire socioeconomic and generational sectors of the municipality.

The participants were intervening from the stage of the Auditorium of the Oceanogràfic of Valencia and addressing all the attendees, before the attentive scrutiny of the members of the court composed by Alfonso Ramos, of the University of Alicante, Gabriel Soler, of the Institute of Coastal Ecology in El Campello, José Tena, professor at the Catholic University of Valencia, Andreas Fhalman, senior researcher at the Oceanogràfic Foundation, Francisco Torner, director of management control of the Oceanogràfic and head of the Projecte Xàbia and the director of the Leocadia García Foundation.

The members of the court, after the presentation of each of the presentations, made a critical assessment and contributions to subsequently deliver the diploma of participation to the speakers. In addition, with the collaboration of Pablo García, researcher of the Foundation, the different posters that had been mounted and exposed by schoolchildren were evaluated in parallel. 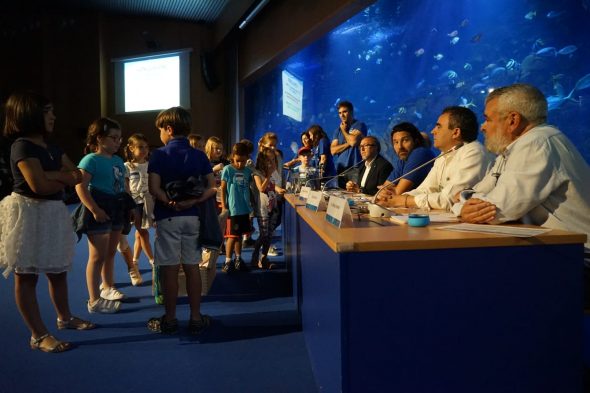 The works presented represent a wide range of marine biodiversity and its current problems with different motivating visions and communicative supports: photography, painting, literature, theater, audiovisual, statistical analysis, communication and environment, inclusion, biology ... various possibilities that They show the interdisciplinarity of the event and its degree of enrichment.

The congress, which has been possible thanks to the collaboration of the Ajuntament de Xàbia and the involvement of local teachers, lasted from ten thirty in the morning until two in the afternoon and, later, the children were able to visit the Oceanogràfic of the Ciutat de les Arts i les Ciències.

The team Projecte Xàbia has valued very positively the experience that shows from the educational point of view the need to introduce environmental education in the classrooms at the curricular level. "While it is true that the environment works for projects in many centers, the work carried out from the different subjects has shown that it is possible to integrate it curricular", Francisco Torner affirmed. 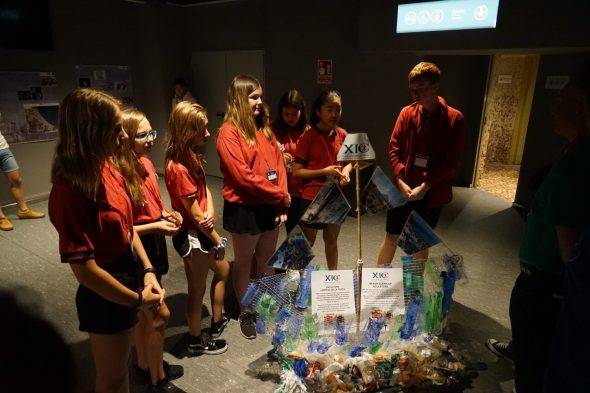 In short, the congress has represented a unique opportunity to familiarize schoolchildren, from the youngest children, and even high school seniors, on the importance of the scientific method to approach reality in an objective way and thus be able to build a critical thinking.

Torner has pointed out that "The schoolchildren gave us a real lesson in commitment to the protection of marine resources, the potential of curiosity as a learning tool and also of creativity in choosing the most appropriate way to disseminate knowledge."

Both from the Ministry and from the CEFIRE the experience has been positively valued and from the Scientific, Technological and Mathematical CEFIRE the organization has been congratulated and has proposed to work together during the next course within the framework of the I CONFINT, Trobada of sustainable centers of the Comunitat Valenciana, in which schools expose their educational projects in terms of sustainability. 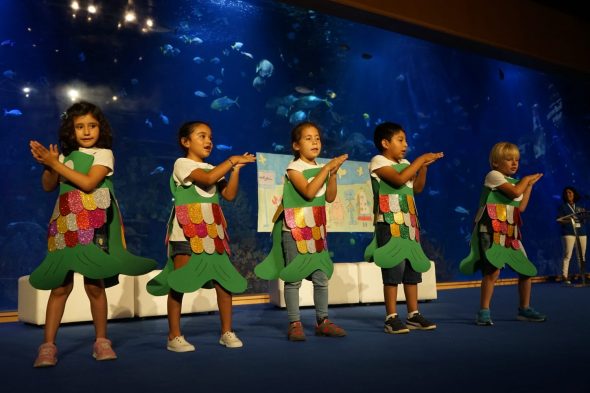 For her part, the Councilor for Education, Montse Villaverde, has been very satisfied with the result obtained in the congress and has emphasized that it is perfectly framed in his idea of ​​promoting the concept of an educating city "In which all agents are part of the change of society. Education is not only what happens in the classroom but also what happens in society, as a whole. This project has involved the entire educational community: families, teachers, students and different social and economic agents. It's a fantastic project because it acts at the community level, which is how it really weighs. "

Villaverde, who valued highly the involvement of the teaching staff, insisted at the time of assessing the congress and the Projecte Xàbia in which "The important thing is not only what has been done up to now, but that it lasts over time so that it will be for future generations"