The Àgora Actual Percussió Festival kicks off its fifth edition this Tuesday, July 5. The contest held in Xàbia will revolve around the figure of Iannis Xenakis, a musician acclaimed for being one of the great composers of XNUMXth century music and who this year is given recognition on the centenary of his birth .

From Tuesday to Saturday every night there will be a concert, all with free admission, on the sports court of the CEIP Port (with entrance on Avenida dels Furs). 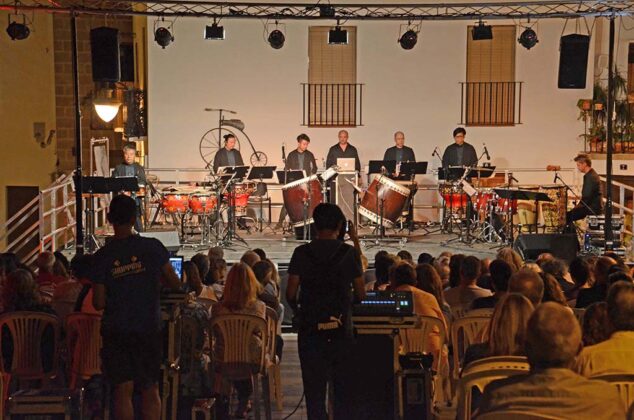 Wednesday and Thursday It can be enjoyed at 20:30 p.m. by Neopercusión and Projecte SoXXI, respectively.

El Sabbath At 22:30 p.m., the event will be closed by the Synergein Project. 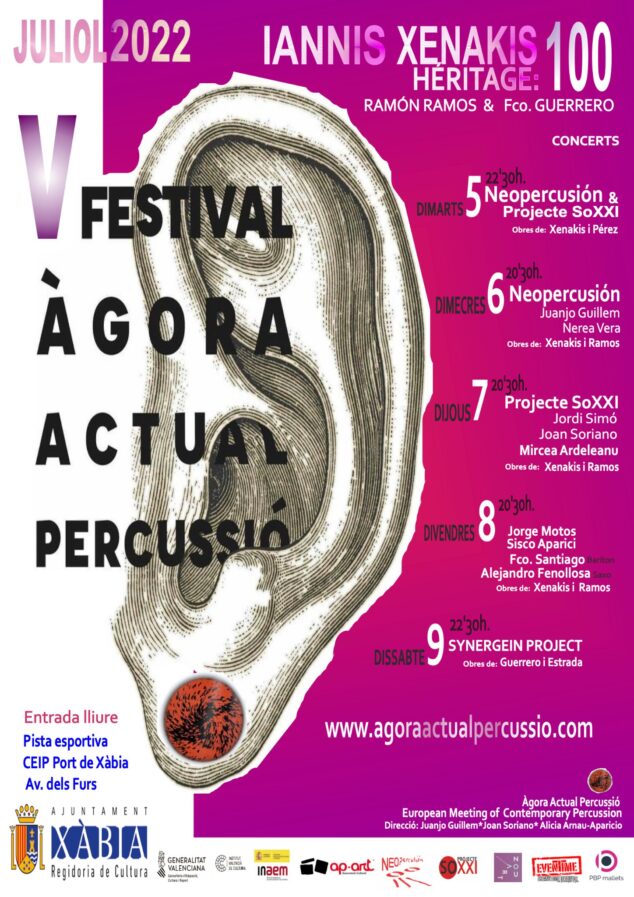 The Festival, organized by the Department of Culture and sponsored by the Institut Valencià de Cultura and the INAEM, has as a training complement the European Meeting of Contemporary Percussion, a forum for learning and debate in which some of the main performers, composers and percussion ensembles from Spain and from countries such as France, United Kingdom, Norway, Germany, USA, Italy, Australia, Mexico, China, Portugal, Switzerland, among others.

28.803
2.000
9.386
793
We use cookies necessary for navigation and traffic analysis. We do not use cookies that provide us with personal data or advertising cookies.
More optionsACCEPT
Manage consents