The perimeter closure of the Community is maintained until December 9

The Official Gazette of the Generalitat Valenciana has published, this morning, the extension of the perimeter closure of the Valencian Community until next December 9, at 23:59 p.m. This measure comes into force this noon through the decree signed by the president in which the extension, in this case, is two more weeks.

This restriction, which allows mobility, only within the entire Community, except for justified cause, is taken in order to stop the increase in coronavirus infections. As stated in the decree, "The current epidemiological situation advises to extend these measures, in order to continue curbing the infections that are occurring." In addition, the decree indicates that the measures are adopted "taking into account the global assessment of sanitary, epidemiological, social, economic and mobility indicators, and based on the reports of the Conselleria de Sanidad Universal y Salud Pública ". 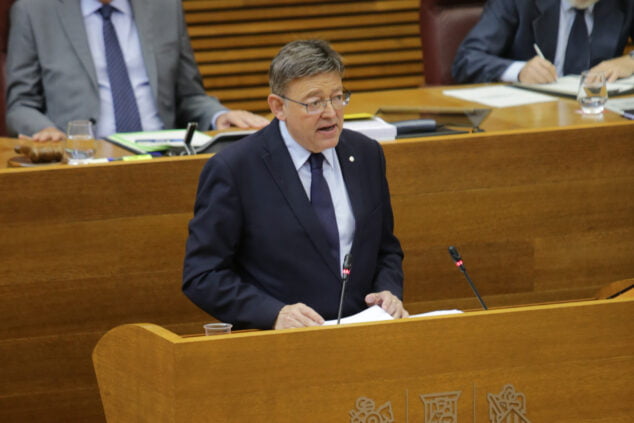 Ximo Puig in the Cortes

With the extension of the perimeter confinement, the curfew is also maintained between 00:00 and 6:00, a period of time in which you can not be on the street as well as the capacity limitation, 50% in shops; 50% on the terraces of bars and restaurants and 30% indoors, and wakes and ceremonies are allowed one third.

Regarding the Christmas dates, Ximo Puig, advanced that "there will be restrictions" but these measures will not be announced until the end of December, the 9th, the deadline for the perimeter closure, and the epidemiological situation can be assessed.

In addition, at the state level work is being done on it and it is expected that the document with the recommendations can arrive throughout the next week.