The CD Jávea won, but suffered more than expected in La Llosa (1-2)

El CD Jávea he won in the clash he played in the field the Sequiol from Llosa de Ranes by 1 to 2. There was more suffering than expected for the rojiblanco team that, despite controlling the scoreboard, did not close the game and had to be used thoroughly in defense to end up winning.

In the first half it was the visitors who took control of the game, pressed their opponent well, managing to steal the ball near the rival area. This led to the first scoring chances for the Marina Alta as a whole.

Álvaro tried with a poisoned shipment that found no door for a short time. Later, it was in a shot that stopped the local goal. 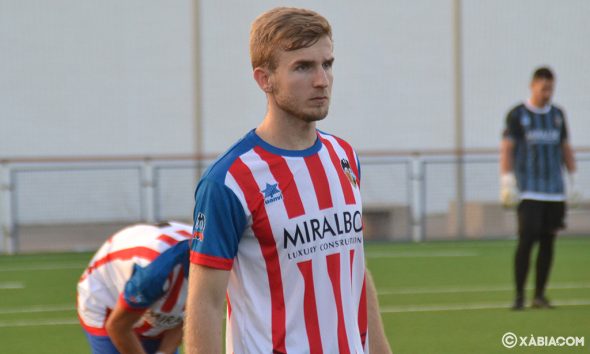 The whole of La Costera timidly came to the immediate vicinity of the goal defended by Edu Samblás. It was in the 25 minute when a clash between the goalkeeper of Llosa, Maki and Álvaro was punished with maximum penalty. Guerrero was in charge of launching it and putting the 0 to 1 on the scoreboard.

The goal broke down the tactical order of the locals who did not find a way to close the gaps generated by their rival. Ten minutes later Guerrero maneuvered very well to cut a defender and goalkeeper to mark the 0 to 2.

It seemed that everything was decided, with a much higher Jávea on the pitch in front of a Llosa that was never delivered but who had a hard time generating football.

But on the last breath before the break, Carlos Boluda sent a great assistance that Muñoz knew how to solve by marking on the visiting goal. It was the 1 to 2, with the remaining 45 minutes loaded with uncertainty.

In the resumption they were the locals who went out for all, before a Jávea who knew how to play with the scoreboard and with time. The team of Juan Carlos Signes threw him a lot of work and knew how to stop the minutes of more stress that his rival created him.

The best occasion for Llosa came in a foul launched by José Enrique who failed to finish off Muñoz. After Luis Vidal, he was the one who tested the visiting goal.

The Jávea well positioned back avoided any fright, although the locals had a last chance was after a shot from Marc that broke the xabiera defense.

At the end of the match, CD Jávea was reached with a triumph that after this victory adds ten points before returning to play outside his fief. On the next day visit the L'Olleria field.