The Consell Jurídic Consultiu has endorsed the Javea Town Hall to formalize the dismissal of the architect responsible for drafting the basic project and execution of the future municipal auditorium. In addition to imposing compensation of 43.658 euros (the total price of the contract and the deposit deposited). In this way, the xabienc consistory will resolve the contract with the architecture studio. 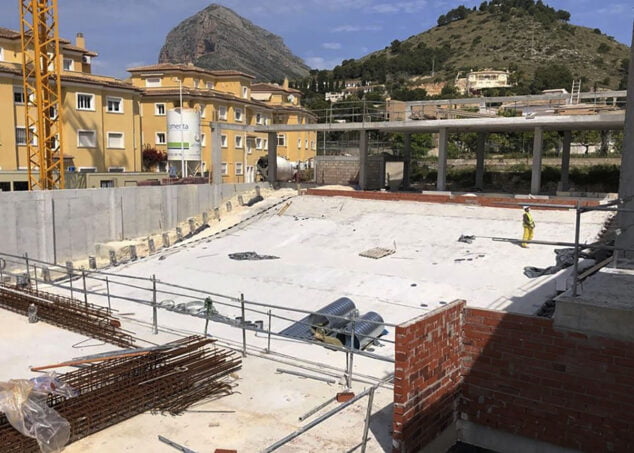 After this step, it will also be possible to terminate the contract with the company in charge of the construction (which has been officially paralyzed since November 9, 2020) and contractually settle this unfinished work in order to reactivate it.

The intention of the Xàbia City Council is to update the project to the current regulations and circumstances and to put it out to tender again. From the local executive they want to make it clear that the political commitment to the auditorium remains intact and that despite the difficulties experienced in this work, the will for Xàbia to have an infrastructure of great cultural importance such as an auditorium will not be abandoned, a claim history of cultural entities and a key space so that cultural programming can continue to grow in quality.

After decades of social demand, the construction of an auditorium was promoted by the City Council in 2016. San Juan Arquitectura drafted the project and awarded its construction for 2 million to the company Joca Ingeniería y Construcciones, SA, which withdrew after a little more to excavate the plot.

The administrative procedures to rescind the contract, modify the project and put it out to tender again lasted almost two years, a time in which some prices and regulations that affected the infrastructure were outdated. The new contractor, Proyecon Galicia, claimed that these modifications affected the structure and foundation and that the project had to be modified. It was 2020 and since then the architecture studio has been required to update it to unlock the work. Temporarily, the works stopped.

The architecture studio has presented several modifications that, however, do not correct the required deficiencies and that have been rejected by the municipal technicians. Finally, given the stagnation of the situation, it was proposed to terminate the contract and claim damages against the technician who has now supported the Consell Jurídic Consultiu, a regional body specialized in consultations of this type.