A person arrested for a crime against industrial property

Agents of the National Police have arrested, in the town of Dénia, a person of Spanish nationality and 51 years of age for a crime against industrial property. The detainee was the manager of a company that offered clothing in its establishments with shields and logos of well-known soccer teams without the corresponding authorization.

The investigation has been carried out by the Judicial Police Brigade of the Dénia National Police Station and had its start in the complaint filed by the legal representatives of one of the main teams
of the Spanish League on various venues located in the town of Gandía (Valencia) where sports equipment from said team was being offered to the public without the appropriate licenses. 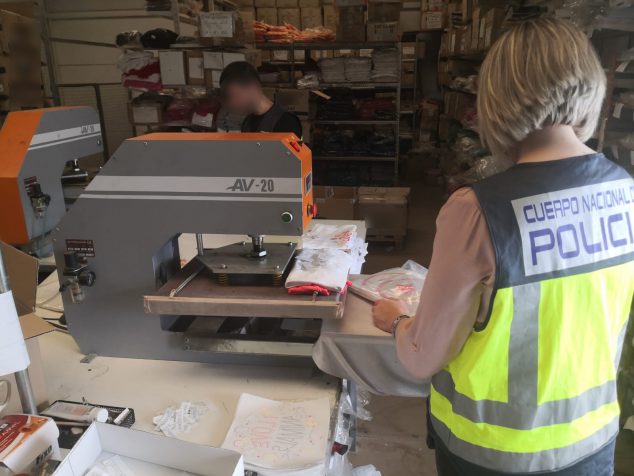 National Police at the counterfeiting premises

After carrying out various investigations and as many surveillance of the premises where the garments were allegedly sold, the agents were able to verify that effectively in both stores garments with brands of various soccer teams of the first division of the Spanish league as well as other well-known clothing brands, mainly sports.

At the beginning of March, a special police device was carried out by officers from the Dénia Police Station and two commercial premises in the town of Gandía and a ship located in an industrial estate in Valencia were inspected, in which five were located and intervened. type machines transfer for the printing of fabrics and more than 1200 transfers from different soccer teams and different sports brands.

After the inspection of the premises, it was not possible to locate the manager of the company, although the investigation continued until it was finally located, proceeding with his arrest. The facts have been reported to the Dénia Guard Investigating Court.

Set up your pool with Sanexabia Sanitation
more promotions Browse Contests
The weather in Jávea
Jávea
May 29, 2020