Xàbia recycles this summer an 3% more glass than in 2018

The City Council joined the Banderas Verdes movement, which values ​​the environmental responsibility of the coastal municipalities sensitized to the conservation of the natural environment, and during the months of June, July and August, has worked alongside the Ecovidrio teams and more than 18 hoteliers participating in the town. 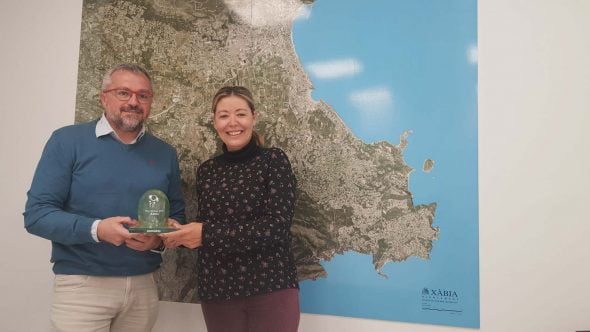 Delivery of the green flag award for Xàbia

In figures, the entity collected through the green container 587 tons of glass containers, an 3% more compared to the same period of the previous year. To achieve this data, numerous visits to the participating establishments were carried out, green containers were repositioned or replaced at street level and delivered buckets adapted to the needs of the hoteliers.

The Councilor for Services, Kika Mata, has received this week from an Ecovidrio manager an award that recognizes the effort of the municipality in the recycling campaign.

Xàbia, scene of the adventures of a new television series
19 January 2020