Nobody doubts that Xàbia is the birthplace of top-level athletes. Yesterday Antonio Sivera, for the second time, he was received at the town hall. The first was when he was proclaimed European Champion with the Spanish National Team under 19. Yesterday, with the title of European champion sub 21 was honored in the plenary hall full of family and friends. 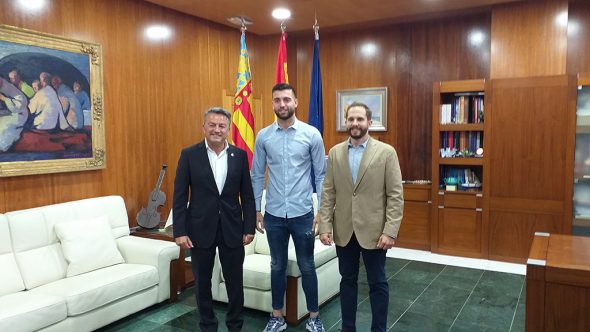 First signed in the honor book with a symbolic "Cumplint somnis amb Xàbia al costat". After the photo shoot with the family, the mayor and the sports councilor, he entered the plenary hall amid applause and cheers. The mayor's first words went to Sivera, remembering that it was the second time he went to the town hall. Alberto Tur, who made his debut as sports councilor, commented that it was a pride to say that Sivera is from Xàbia, since "The national team is an example of struggle and union to be European champions sub 21". He reminded him that he had followed his career as a goalkeeper and the first stops were with vaqueta balls (Pilota Valenciana). He ended up telling him, as a friend and sportsman, not to forget where he comes from because he will surely be able to come back, giving him congratulations and encouraging him to continue dreaming. 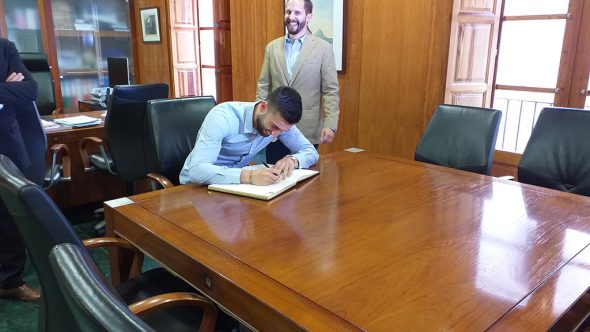 Antonio Sivera thanked the City Council for the second time, hoping to continue sharing more joys with all the people. He also thanked the efforts of his family and the national coach, De la Fuente, as well as the entire team for the trust they have placed in him. He gave the town hall, as a souvenir of the championship, gloves with the flag of Spain and the coat of Xàbia, which will always be engraved on his gloves. He also gave a shirt that said "For him Javea Town Hall with love". 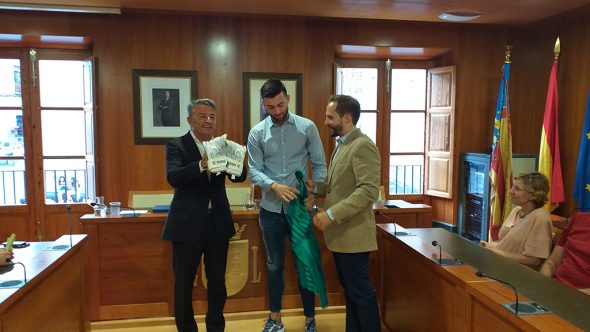 The act was closed with the words of the mayor, José Chulvi, who started by saying that among all the trades the best thing is to be happy to others. "Not only are you an undisputed champion, you will be the protagonist of the next decade of European football", commented the mayor, recalling after that the great athletes that Xàbia has. He ended by saying that, as mayor and person who has been linked to sports, he is very close to that victory, concluding: "Do not doubt that when difficult times come you will also find us since the esteem and admiration we have for you goes beyond the results and circumstances. Many encouragements and I hope we will see each other again in the house of all the xabiencs".