After the closure of a private lot in the Arenal area, specifically in Jávea Park, which has been used freely as a parking space in recent years, the Consistory of Xàbia proposes a temporary and immediate measure: Open the municipal space where the auxiliary office is installed doctor (on Paris Avenue, 18) and enable it as parking. It is an area with goals and baskets that is configured as a children's play area but, as confirmed by those attending the meeting that took place on Tuesday between the councilor of the Arenal neighborhood of Xàbia, Rita Berruti and the person responsible for Services, Kika Mata, together with neighbors and responsible businessmen, "In the summer months it has virtually no use."

In this way, Services will remove the installed baskets and open to use as parking to vent the high season. Of course, only during July and August, since after the summer it will once again be a playground until it is agreed what use to give it in the future.

In this sense, the municipal officials took advantage of the meeting to ask the neighborhood and the businessmen to reactivate the associations and their interlocutors in order to have a channel in which to inform them or ask for their opinion on the investments that are being planned. 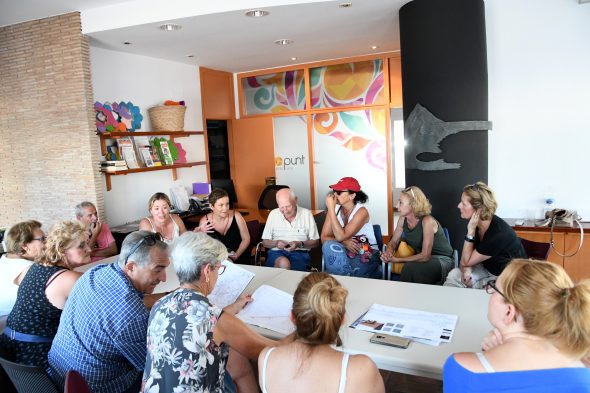 The councilors pointed out to the meeting attendees the problems of the area and reported on the next actions and investments that the City Council will carry out among them, which will be carried out after the summer on the sidewalks of several neighborhood streets, as Avenida Arenal, Jávea Park or Avenida Arenal.

The new councilor of the area also reminded them that they have the Civic Punt open every day and that in addition to various activities in social and dynamic matters is at your disposal for any questions or to request an appointment with the council.