El Javea Town Hall will leave the Triana bridge closed to traffic and pedestrian crossing until any serious structural risk is ruled out. This measure, which the mayor reported this afternoon, José Chulvi, to the board of spokespersons, is taken preventively and for reasons of collective security.

It is also recalled that the tender for the final work of the bridge will proceed in a matter of days. However, the City Council is already studying transitory solutions that can alleviate, in part, the inconvenience to the neighbors and that can be applied as soon as possible. 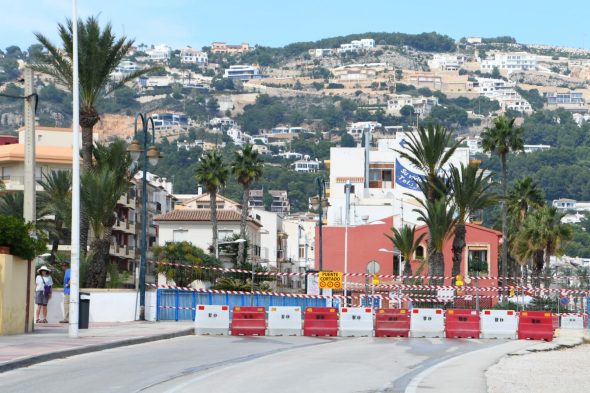 It should be remembered that the Triana bridge was severely damaged in the October flood of 2007. At that time, the flood of Gorgos tore part of its formwork and exposed the plot that supports the weight of the bridge. Since then it is closed to heavy vehicle traffic, such as the urban bus.

The procedures for the arrangement of the bridge began in 2011. At that time it was understood that it was a priority work, both from the point of view of security and to improve the image of the coastal facade.

However, it happens that in that area administrative competences of the Ministry of Environment, the Hydrographic Confederation of Júcar, The Generalitat and the City Council converge, which makes its management difficult and slows down.

Processing of the reform works

In 2014, the City Council commissioned a technical study to analyze the state of the bridge. This survey proposed to demolish it and build a new one from scratch, with a single and wider eye. In view of this report, the drafting of the project, which was prepared by the architect and engineer Francisco Valiente and which, in addition to solving the security problem, included the redevelopment with sidewalks that would give continuity to the Spanish Navy. 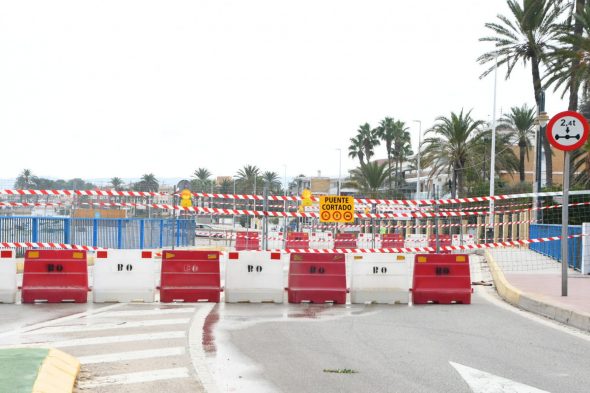 Access to the bridge closed until damage is assessed

The work went to tender in January of 2018 for 567.000 euros. An execution period of three months was envisaged, with the intention that it was ready in the summer of 2018. 8 proposals were received and, after a process that was lengthened by having to disqualify reckless casualties, the winning company turned out to be Levantina Ingeniería y Construcción. The construction company offered the work for 400.000 euros, compared to the starting price of 567.000 euros. He proposed as an improvement on the initial project an intervention requested by the Consistory: to illuminate the railing that ends the pedestrian zone over the bridge.

From there, the contract with the company was signed and meetings were held to minimize the time involved in traffic work. Finally, it was agreed with Duanes merchants to start after the summer, since the construction company previously needed to commission the manufacturing of the structure that was to be used.

However, the company did not appear on the agreed date and began to submit briefs alleging that the project was not correct or that it needed changes. In the background there was always the circumstance that the work was intended to be made more expensive.

Given this, the City Council in November of 2018 initiated an administrative file to terminate the contract and, as in the case of the Auditorium, requested advice from the Consell Juridic Consultiu.

In May, this file was terminated and the Consistory began the entire process to re-tender the work. This tender will open next week so that the work of the Triana bridge starts as soon as possible.

Interview with Stephanie Cooper, dog educator and trainer in the shelters of the region
August 12st, 2020

A yacht sinks off the coast of Xàbia, its crew having to be rescued
August 11st, 2020

Xàbia registers several positives of coronavirus for the first time after the state of alarm
August 11st, 2020

An 18-year-old girl arrested for falsely reporting having suffered a robbery with violence
August 11st, 2020

Ana Segarra, the new personal shopper that advises you on your purchases from Xàbia Histórica
August 11st, 2020

[Survey result]: Do you think the de-escalation will be effective in fighting COVID-19?
August 11st, 2020
1 Comment