Xàbia celebrates its 'IX Crossing to swim' this Sunday

Xàbia has everything ready and prepared to celebrate the "IX Swim Crossing", second of the scoring tests for the "Circuit Marina Alta d'Aigües Obertes". As it was possible to verify in Benissa, the atmosphere among the swimmers was total, being more of 200 the participants in that crossing.

On Sunday, the three races will be held for the distances of 1.500 meters, which is the only one that scores for the Circuit and the 4.500 meters and the 500 meters. 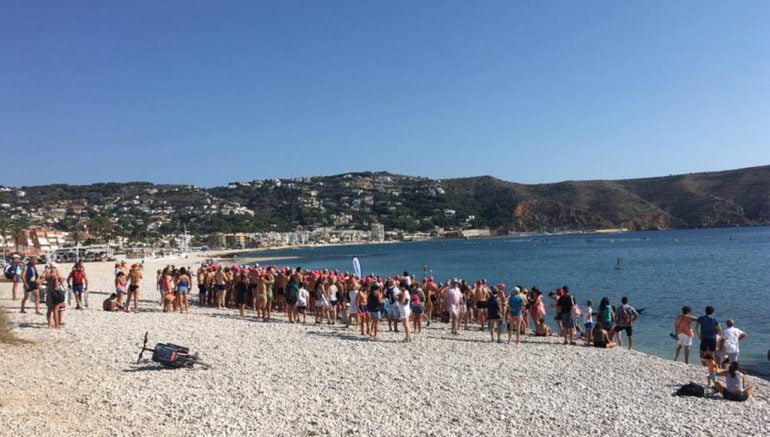 The first swimmers to launch themselves into the sea will be those of the longest crossing, which have marked their departure to the 8: 30 hours from the beach of La Caleta. The goal line will be installed in the La Grava beach. The participants will have to access by their own means to the exit. Later in goal you will have at your disposal a bus to take the swimmers to the point of departure.

Only the 1.500 meter crossing points for the Circuit

In India there is First Montañar beach, at 10 am, the male participants will be started at a distance of 1.500 meters. Three minutes later the girls will leave. As in the long journey, participants must reach the starting line by their own means. The distribution of numbers and chip will take place next to the Aigua Beach beach bar from 9 to 9:45. The goal will be installed on La Grava beach. In this distance the inscriptions are sold out.

The last swimmers to jump into the water will be the participants in the crossing of 500 meters that will leave from Playa de La Grava itself at 11 hours.

It is expected that there is a great atmosphere and that all participants can enjoy a sea in good condition which will greatly facilitate their swimming.

Your vacation home with all the security protocols at Quality Rent a Villa
more promotions Browse Contests
The weather in Jávea
Jávea
July 2, 2020