El Javea Town Hall This afternoon, an extraordinary and urgent plenary session was held, telematically, to put to a vote the Economic and Social Reactivation Plan against the crisis caused by the COVID-19 pandemic and to which the municipality initially reserved a total of 6 million euros.

This Plan has been unanimously approved, and its development through lines of subsidies, aid measures and social plans. As explained by the councilor Montse Villaverde and Mayor of Xàbia, José Chulvi, around 6 million euros will be allocated with the probability of increasing by 1,5 million euros more in the autonomous aid plan. 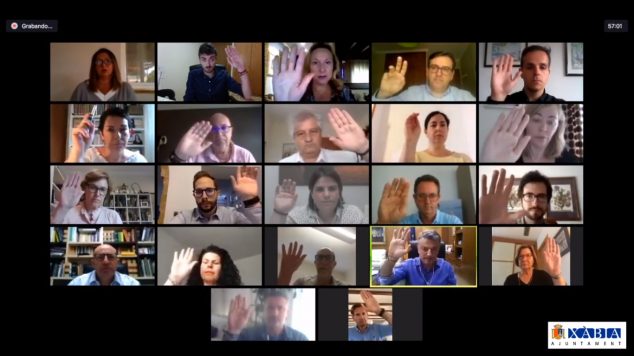 Specifically, they are 2,8 million euros that will go to social aid to alleviate the unfavorable situation that many people and families in Xàbia are experiencing. On the other hand, this Plan also includes the Social Axis of Employment that allows people, residents of Xàbia, who are unemployed and vulnerable, to employ 34 people, and who is endowed with employment. 500.000 euros.

Likewise, this Economic and Social Reactivation Plan includes a line of subsidies in favor of the self-employed and entrepreneurs, they are direct aid of an amount of 1.500 euros, and a budget item is also contemplated for the activation of national tourism campaigns in the short and medium term.

In the intervention of the spokesmen of the groups that make up the municipal corporation, all have positively valued the work carried out by the government team and municipal personnel, as well as officials who have been at the forefront of this pandemic.

For his part, Enrique Escrivá, spokesman for Ciudadanos, has proposed that he be able to provide more help to the self-employed. From Compromís, Juan Cardona, thanked the good action of the government team "for undertaking changes in Xàbia" making mention of the pedestrianization of the First Montañar, a request that had manifested itself since its political formation. 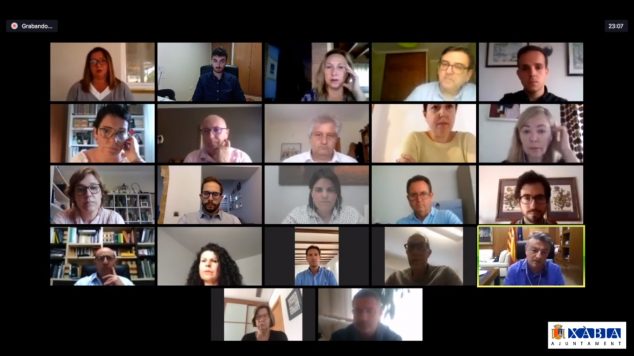 The spokesman for Ciudadanos por Jávea, Juan Ortolá, has highlighted the social pact that was signed on April 17 "and we hope that this step is the path of a new political route from consensus".

From the popular ranks, her spokesperson, Rosa Cardona, has highlighted all the work carried out by the government team, officials and the municipal corporation in general to help the families of Xàbia; "It is an open plan to which from now on new measures can be incorporated if necessary. It is clear that it will have errors because it has been prepared with the intention of helping and we hope that the Central Government will allow the money from Xàbia (surplus) to be spend in Xàbia ".

Cardona has stated that "Changing the phase does not mean having ended the pandemic; you have to be responsible. Aid will relieve families and you must bet on local commerce".

For his part, the first mayor has highlighted the good behavior of the residents of Xàbia, both in the fulfillment of confinement and in solidarity work. "From the City Council, we have worked hard during these weeks, always with a predisposition on the part of councilmen and municipal personnel, and I want to make special mention of the Social Services department that has responded to all the requests and demands that have come", Chulvi has qualified.

On the agenda of this plenary session, the modification of credits has also been unanimously approved, which is about two million euros to inject funds into these plans and which almost totally come out of the
item reserved for the payment of bank interest since Xàbia has already zeroed its debt. Money is also used that was to be used for cultural or festive events that, as a result of the health crisis, will not take place.

Likewise, another of the points voted on has been the suspension of the rate of tables and chairs and the modification of the ordinance of occupation of public roads to allow new temporary occupations. One of the measures that support, specifically, the hospitality industry and that will mean a saving to the sector of around 200.000 euros and that will be assumed by the City Council.

It should be noted that on this occasion, the plenary session has been broadcast live through the YouTube channel of the Xàbia City Council, and where it can be consulted or reproduced again at this link: https://youtu.be/PNxAuU2s0WU.

Xàbia will receive 12.700 euros from the Provincial Council for the most vulnerable groups
May 10 2020