For the third consecutive summer, Xàbia will be the meeting point for avant-garde music by the Àgora Actual Percussió festival and the European Meeting of Contemporany Percussion, directed by Juanjo Guillem and Joan Soriano. 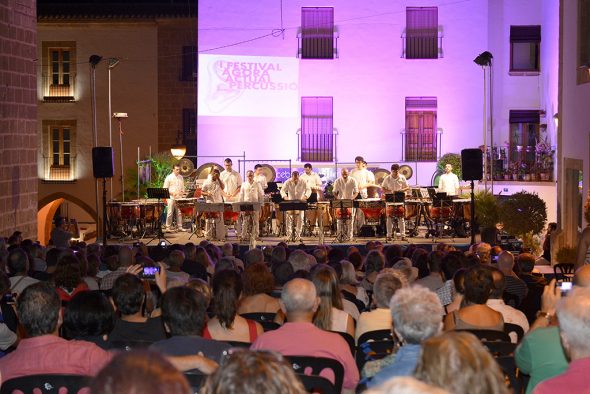 And as in each of its editions, in addition to the master classes of the most prestigious professionals of the national and international scene and to be a space for knowledge, creation and interpretation, this event comes accompanied by an important commitment to dissemination : the concerts.

From Monday 8 to Friday 12 of July there will be interesting proposals for each night, always at the 22: 30 hours, divided into different spaces between the Historical Center and Duanes.
The performance of Neopercussion will open on Monday in the church square; on Tuesday the duo Mircea Ardelenau and Joan Soriano will perform at the Casa del Cable and on Wednesday it will be Synergein Project who will present its proposal at the Casa de Cultura. On Thursday the recital by Nuno Aroso and Simone Beneventi will also be offered at the Casa de Cultura and as a closing, the percussion group of the Young National Orchestra of Spain (JONDE) will perform in the church square.

In addition to the night concerts there will also be two proposals in the afternoon. On Monday 8, at 20 hours in the church square, the festival will present the Ensemble Àgora Actual, which will also perform on Wednesday 10 day, at 19 hours on the La Grava walk, and on 14 Sunday there will be a concert closing ceremony at the 11: 30 hours at the Conservatory, a space where all the training activities will take place during this week. 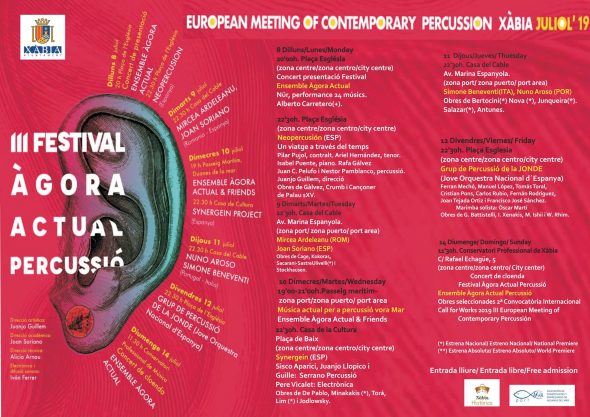