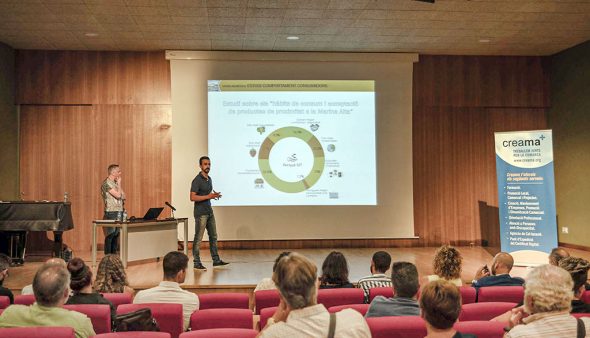 In the Sala Espai Senieta located in Moraira, almost fifty people gathered among social, economic agents and citizens of the region to define the most appropriate territorial development strategies for employment for the Marina Alta taking into account the reality of the territory and promote integral and sustainable development. In addition, in the second part of the session, the results obtained during this year were presented in the 3 Experimental Projects that are being carried out in the region: the “Marina Alta Observatory”, with which it is intended to improve the knowledge and sustainability of the region; the “Xarxa Agrícola”, whose objective is to revalue the agricultural sector by encouraging demand as an engine of production, and the “Punt Nàutic”, whose purpose is to improve the qualification of unemployed people contributing to generate more sustainable occupation and economic activity in the nautical sector

CREAMA emphasizes the importance and openness of these meetings where they can communicate the projects that are being carried out and collect the opinion and comments and ideas of the citizens of our territory, who are the main beneficiaries of them.

Salva Sanchís: «My passion and fondness for bulls has made me undertake the occupation of cattleman»
26 January 2020

A rough sea, fishermen gain, although at a low price
25 January 2020