The athletes of the Llebeig Athletics Club participated in different events last weekend achieving very good results. On the one hand, in the Cross City of Benicarló (Autonomous Team Championship), the men's U12 team formed by Reuben Hunter, Pablo Sapena, Kike Devesa and Edu Crespo got the 5th place. Male Under 12 Athletes at Cross Here at the triathlon section, Llebeig athletes were fighting in Castellón de la Ribera in the three sections and participating in the club league, achieving sixth position in the Second Division. CA Llebeig athletes in the Triathlon

With regards to mountain section, Llebeig runners participated in the Xaló and Montanejos tests. At Montanejos Trail, of 15 km and + 600m, held on Saturday, were Vicky Bolufer and Javi Fernández. Fernández registered a time of 1:28, being 6th veteran and 16th overall overall. Bolufer stopped the clock at 2:21, being the 39th veteran.

On Sunday, the appointment was at the Trail Bernia Moscatel Xalò of 21Km + 1100m and 15Km + 550m, a demanding test, with very technical sections and spectacular panoramic views of the region. In it they participated Ignacio Cardona who was runner-up in the 21km event and 2nd veteran. In addition, the Llebeig team achieved third place for men's teams, with a time of 02:07:50. Nasio Cardona on the podium Llebeig athletes at the finish line on the Xaló Trail 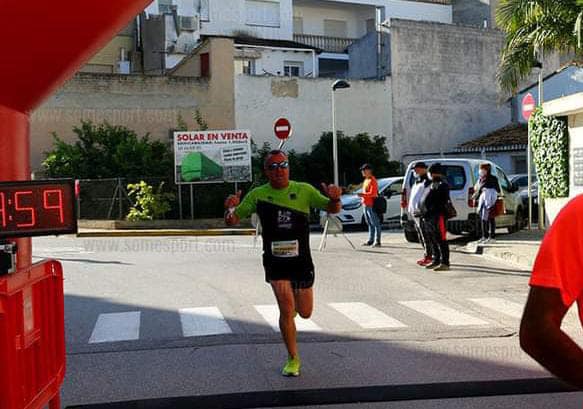 Athlete in the solidarity race of Ondara Nasio after reaching the goal