El Javea Town Hall has hired a new company for the maintenance of public lighting for the next two years, renewable two more. The multinational Sice is the company that has been awarded the contract in which the consistory has doubled the budget to improve this service, since the tender has gone from allocating 60.000 annual euros to bid the contract for 130.000 euros plus VAT, being the offer of the new contractor of 100.684 euros per year.

Councilwoman Kika Mata explained that it has been decided to double the budget dedicated to this service after checking that the previous contract fell short, especially after the retirement of the two electricity technicians of the City Council. The service attends to the maintenance of the exterior lighting system, both for ordinary and ornamental use, and for the repair of all faults and incidents. 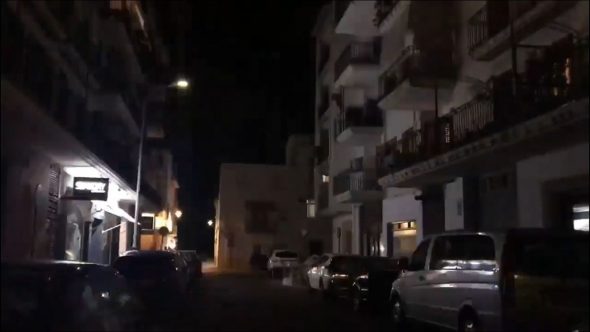 The multinational will have an operational base in Xàbia, two electricians and a guards service, as well as a van and a platform truck specifically for the municipality.

After signing the contract, Sice has a month to incorporate all the means "So it is expected that service improvements will begin to be noticed shortly", the mayor has pointed out.

On the other hand, the City Council plans a plan to renovate some 1.000 LED street lamps throughout the municipality (750.000 euros) and the lighting installation at the accesses to Paseo del Arenal (28.000 euros).

New positives continue to be added in the Marina Alta, also in Xàbia
August 14st, 2020

Cala Blanca to the top despite the exceptional nature of this summer
August 14st, 2020

Helicopter rescue on the Montgó of a young man after suffering a heat stroke
August 13st, 2020

'Gullypabs', the rapper from Xàbia who gets millions of views with his video clip 'in Spain'
August 13st, 2020

Xàbia summons the Municipal Council of Culture to analyze the works of the church
August 12st, 2020
Leave your comments