At the 12: 15 hours on Monday there was an accident on the road linking Xàbia-Jesús Pobre, at the height of the Ermita del Pópul. For unknown reasons, the driver of a vehicle, an elderly British woman, has lost control of the car and has overturned on the right side of the road (Jesús Pobre direction).

Up to the site of the incident eight firefighters from the Dénia Regional Park have moved, who have carried out the rescue maneuver with a board, since the woman had been trapped inside. 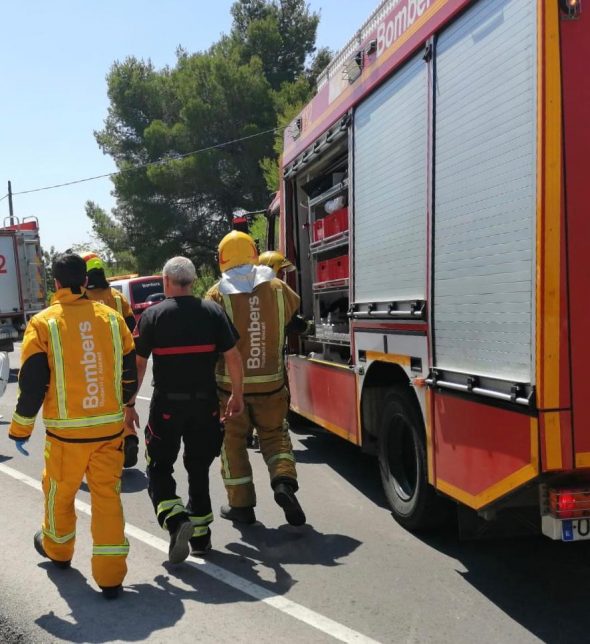 Once released, the victim presented a delicate state, reason why it has been transferred by the SAMU to the Hospital of Dénia.

During the intervention, about an hour long, both directions of the road have been with traffic cut. Traffic agents and Civil Guard agents have also come in.

They intercept on the coast of the region a yacht loaded with more than 4.300 kilos of hashish
24 de julio de 2020