El CD Jávea It follows its preparation period for the beginning of the league, which will be the next 1 in September when it receives in its field the visit of Pego CF. This Wednesday he played his third preseason game on the field Vicent Morera of Silla where he achieved the victory thanks to the goal marked in the 12 minute of play by the forward Guerrero.

On the pitch could be seen as the most shot Valencian team that the rojiblancos accused the workload. In fact, the local coach, Javi Pons, lined up an eleven different from the previous times, but where the player was Xabi Hernandez.

At the start of the game it was the locals who came out with more air, but the goal of Guerrero left them touched. The Valencians were slow to react, but still, and despite the good containment work of the CD Jávea, they had some clear chances to have matched the crash. One of them in the boots of Miralles and another in a shot of Héctor Micó. 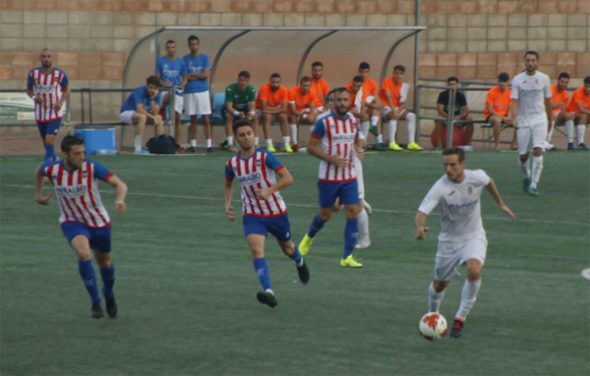 In the second part, with the changes of one and the other, together with the strong heat, caused the intensity and the rhythm of the game to decrease. The men directed by Juan Carlos Signes continued to show great defensive strength and despite the local push they did not go through excessive troubles.

In the minute 67 came the clearest opportunity for the CF Chair, but the penalty thrown by Héctor Micó was deflected by the goalkeeper xabiero. Four minutes later, Gerard had the opportunity to tie, but he did not succeed with the xabiero frame. In the 73 minute, the premises remained in numerical inferiority after the expulsion of Cristian Micó.

The meeting ended with the triumph of CD Jávea that showed a good image but that still has work to do since it has a lot of room for improvement. Now, Signes will continue training preparing their next preseason game that will be this Friday in the field of the EU Gandia, team against which he plays. Match that will start at 20 hours.