In Calpe, the Civil Guard has arrested an 31 Algerian aged as the alleged perpetrator of a crime of burglary inside a house. The individual caught the attention of the agents, since he was in a suspicious and vigilant attitude, in the vicinity of a building on Avenida Gibraltar, occupied mainly by foreign tourists.

The Civil Guard decided to identify him and, after making the pertinent verifications, verified that he had an arrest warrant for being the alleged material perpetrator of a crime of robbery in a house in Santa Pola, committed last 18 in May of this year, where forced the window of the building and removed from inside several electronic devices. 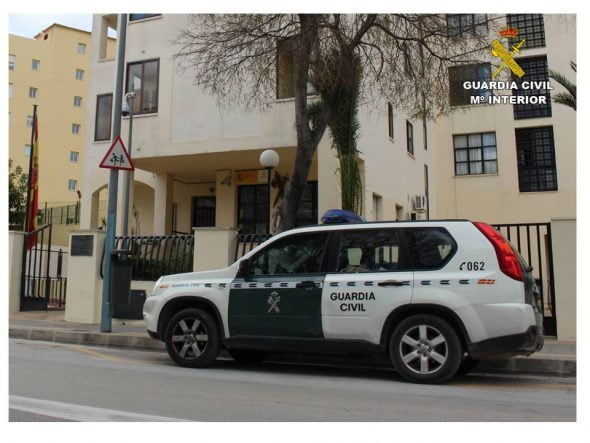 Also, the agents could check on-site, at the time of identification, that inside the vehicle of this person had various clothing and caps, possibly used by the individual, once the robberies were committed, in order to mislead the agents or possible witnesses, changing quickly of clothing, making it difficult to identify or locate it.

The detainee has been released on charges, awaiting trial. In addition, a file of expulsion from the national territory has been opened, since they are residing in Spain in an irregular situation.