The veteran swimmer from Menorca, Tita Llorens, could not reach the coast of Xàbia, after more than 37 hours swimming. This was his second attempt to unite Ibiza with the peninsula to swim and without wearing neoprene suit.

The support team of Tita Llorens, issued last night, a statement in which it was said that "After 73 km and 37 hours swimming, the team has decided to end the crossing by having found a current against. As we advanced it became stronger, from 11 to 14 hours we have advanced 2'4 km, and we were 2 km from overcoming a marine barrier called 'slope' that caused this current, in 45 minutes we have advanced 300 meters, a authentic wall". 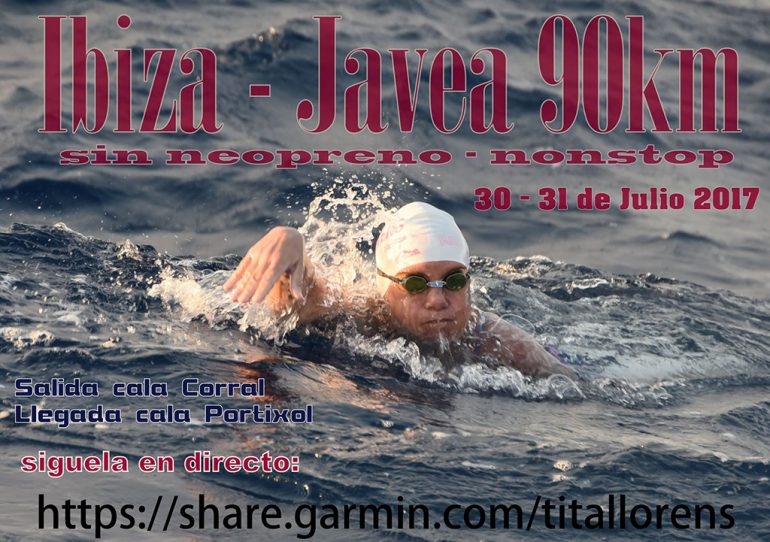 From the own equipment it was communicated that the physical state of Tita Llorens was good although it had caught some cold.

The swimmer, at the moment of saying goodbye to her adventure, took 73 miles from the 90 that separated her from Xàbia. Because of the currents he is unable to fulfill his dream, which had never been so close. It must be remembered that in 2016 year already tried it but in that occasion it was the strong prevailing wind that forced that it to leave.