During the day Thursday, the pedestrians who were walking through the First Mountain have noticed some small cracks in the road; specifically, there are six cracks on the Triana Bridge, at the mouth of the Gorgos River.

Cracks that do not seem very deep, but that have alarmed the public in case the river increases its flow during the night or tomorrow before the red alert. 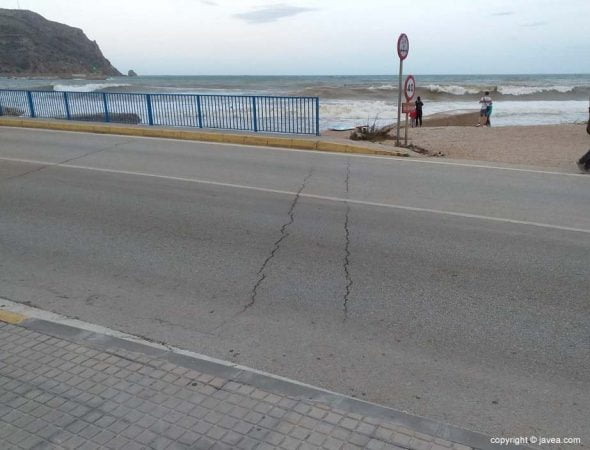 About the situation, the Councilor for Services, Kika Mata, has indicated to Xàbia.com that "We are aware of the state in which the bridge is and those cracks are not new, they were days before."

For the moment, it should be noted that the traffic is still open both ways in this road along the coast of Xàbia, so your situation is not in danger shortly, "Although as a precaution and as is usually done, Local Police are controlling the level of the flow of the river and each of the Xàbia bridges, so if necessary this section will be cut", Mata said.

The mayor has indicated that tomorrow Friday, municipal technicians will assess, again, the damage of the bridge and its condition as well as the level of cracks. 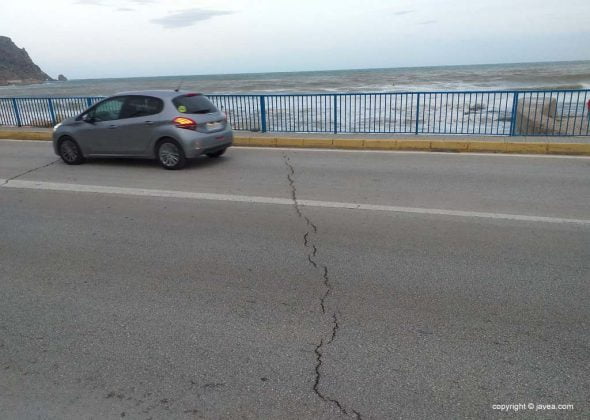 Cracks in the vial over the Triana Bridge

At present, the reform work of the Triana Bridge is about to be tendered again, as it should be remembered that the works should have started in September of 2018, but the winning company, Levantina Ingeniería y Construcción, did not claim that the project had safety deficiencies.

Finally, the Javea Town Hall, once 90% of the execution period was fulfilled, it terminated the contract with the winning company and is now pending a new tender.