The triathlete, Mateo Bustos Pecaut, belonging to Tri-Benitatxell, comes from performing an outstanding performance in the town of Valladolid where the Medina de Rioseco Triathlon.

Bustos participated in the medium distance triathlon and obtained second place in its Sub 23 category, being 13º of the absolute classification. This athlete, who belongs to Tri-Benitatxell, made a final time of 4 hours and 26 seconds.

The test had a first swimming segment of 1.900 meters where Busto did not go bad and got out of the water with a time of 30.53, in the 15 square. He faced the second sector, the cyclist, with a journey of 91 kilometers. 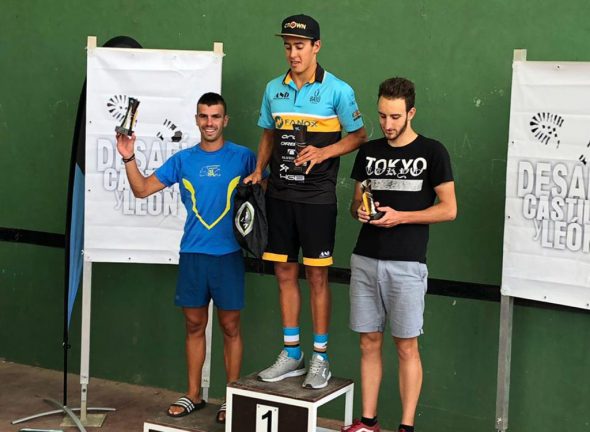 The triathlete of the Tri-Benitatxell sought to go in a comfortable group chasing the test head. Going in that group meant that he could recover five positions and finish in the 10 position the cycling segment with a partial time of 2 hours and 21 minutes.

In the last segment, the race on foot, on a route of 21 kilometers, put all the desire in the world. With the passing of the kilometers he was accusing the effort made especially on the bicycle and this caused him to give up some positions.

The part of the last segment was 1 hour, 30 minutes and 33 seconds, so the total sum of times was 4 hours and 26 seconds that earned him to climb to the second drawer of the podium.

The best in the Sub 23 category was the Basque Ander Irigoyen Egian who was also fifth in the absolute classification. The absolute winner of this test was Carlos Aznar, with a time of 4 hours and 10 minutes, followed by Rubén Andrés at 39 seconds and third place went to Mikel Ugarte at 3 minutes and 18 seconds.

Everything prepared for the 'Granadella Trail'
24 January 2020