Chulvi's response to the PP: "If the Arenal is flooded, it is because they allowed to build over the Saladar ravine"

Given the statements made by the Popular Party about the floods that occurred in El Arenal because of the recent rains, the Mayor of Xàbia, José Chulvi, has indicated that he regrets "the demagogy demonstrated by the Popular Party of the municipality in the face of the flooding of the Arenal, a situation caused precisely by the urban policy of that party".

The first mayor has responded to the opinion of the PP indicating that "is incredible. Those who created the problem 15 years ago today take advantage of the consequences of their bad policies and the natural malaise of the neighbors to give lessons. To ask for solutions today for tomorrow when they know perfectly that if the Arenal floods it is because they allowed to build on top of the Saladar ravine and that fixing now is very difficult and will cost us a lot of money from all of us. 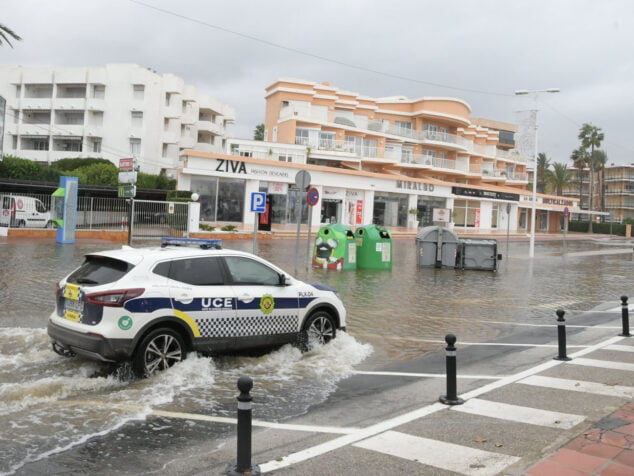 In the statement issued by the government team in response to the opinions of the Popular, Chulvi points out that "The flooding on Avenida Libertad is the construction of the Arenal 3 and 3A urban plans, a project from the years when the government was in the hands of the popular and to which the PSPV repeatedly opposed. Then it was already predicted that these farms, which plug the natural spillways that reach the Arenal –such as the Albanells ravine-, would worsen the flooding of an already problematic area since it borders an old wetland ".

The first mayor adds that "The PP ignored all the warnings and allowed the urbanization (surrounded by a controversy that can refresh the memory of anyone who consults the newspaper archive) to plug the natural spillway. The Arenal did not take a year to suffer a serious flood, in October 2007, and despite the fact that the City Council later built new collectors to the sea, they are not enough to prevent the accumulation of water ".

Chulvi assures that his executive has inherited many problems from these years of policies that put private interests above. Among them, one of the most serious is Arenal. "It worries us a lot; And not only the days that it rains, as it seems to happen to the PP", he assures. In fact, the works department has made inquiries and has several technical alternatives on the table that are being analyzed to see which is the most appropriate.