The cultural programming that Xàbia dedicates, this summer of 2022, to Cristóbal Balenciaga has an appointment with the cinema. The screening of the film about the world of fashion; 'The invisible thread' will be on Thursday, July 14, at the Jayan cinema (located in Duanes de la Mar) at 20:00 p.m. Admission is free as it is sponsored by the Department of Culture.

The film, which earned six Oscar nominations, tells the story of a 50s British haute couture designer, Reynolds Woodcock, played by Daniel Day-Lewis. His professional success differs from his personal emptiness. His life is focused on dressing British royalty and nobility, until Alma, played by Vicky Krieps, crosses his path and changes her world, becoming his muse and lover. 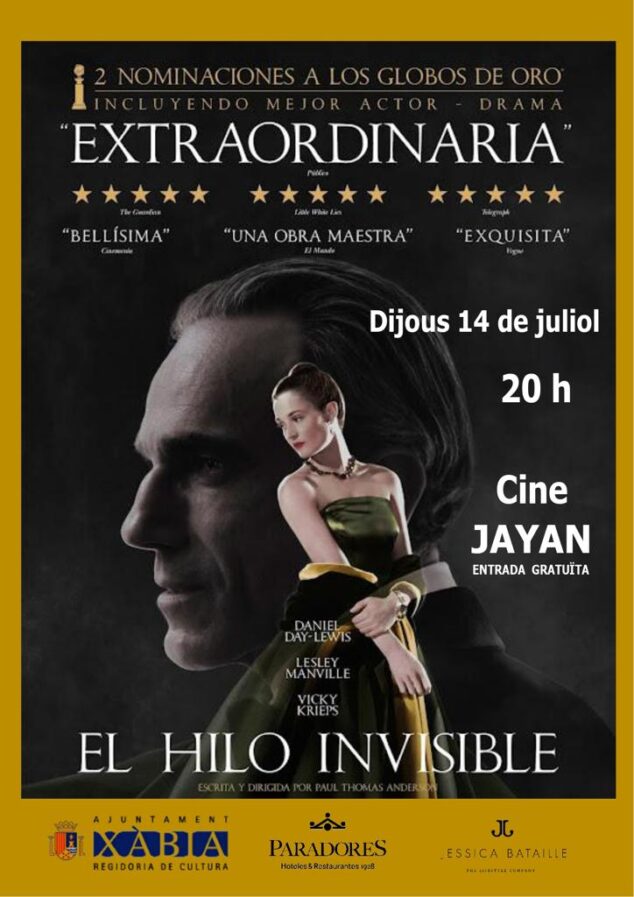 Screening of The Invisible Thread
Leave a comment
Related articles