'Projecte Posidònia', the new App that helps to take care of the marine forest of the Marina Alta

A new tool has been launched at sea to anchor responsibly in the Marina Alta; it is the new APP 'Projecte Posidònia'. Promoted by the Fundación Oceanogràfic, in collaboration with the Ciutat de les Arts i les Ciències and the environmental fund "Mediterranean Fund" of Banca March, the new app will inform nautical users of the presence of Posidonia meadows on the coast of La Marina Alta with the aim of anchoring responsibly and preventing damage to the marine plant, which is increasingly threatened. 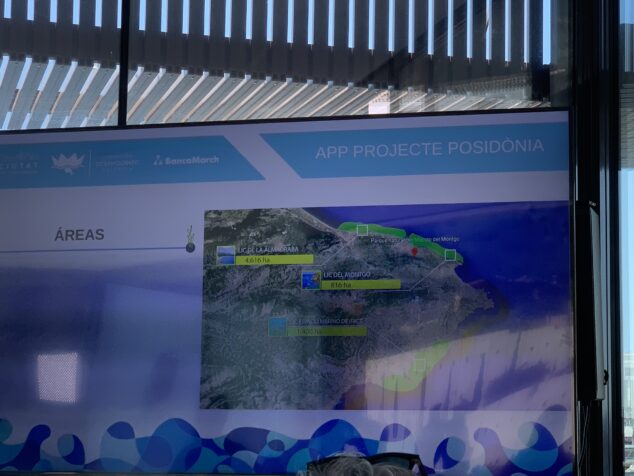 Map of the 'Project Posidònia' App

The presentation of this mobile application has taken place in the Classroom of the Escola de Vela del Club Nautico de Javea It has already been attended by the president of the Generalitat Valenciana, Ximo Puig, the Mayor of Xàbia, José Chulvi, the mayors of Dénia, Vicent Grimalt and that of El Poble Nou de Benitatxell, Miguel Ángel García, as well as members of the Oceanogràfic Foundation, the managing director of the Oceanogràfic Foundation, Leocadia García, the director of the 'Projecte Posidònia', Francisco Torner and the manager of the 'Mediterránean Fund', Íñigo Colomo, and the Jávea Yacht Club. 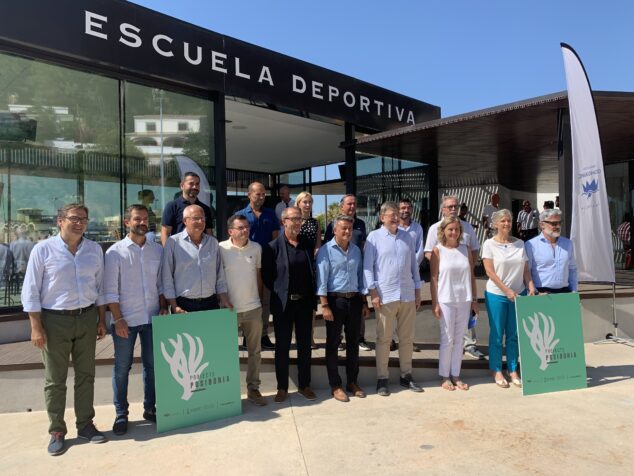 Presentation of the new App to protect Posidònia

The new tool, now available for all devices, will alert nautical users throughout the Marina Alta to anchor responsibly in order to protect one of the most threatened ecosystems on the planet, the posidonia meadows.

The application is completely free to access, works by geolocation and includes a detailed mapping of the areas with the greatest nautical and recreational activity in the Valencian Community and a decalogue of good environmental practices.

Mapping of 50km of the coastline

The APP shows the Posidonia oceanica meadows that are present in the seabeds of Dénia, Xàbia, El Poble Nou de Benitaxell, Teulada Moraira, Benissa and Calp, coinciding with the marine spaces of the Natura 2000 Network existing in these areas and of great value for the biodiversity of the Mediterranean.

The tool works with technology geolocation, so when a boat is in an area with the presence of Posidonia meadows, the user will receive a notification on their mobile phone alerting them to the prohibition of anchoring. 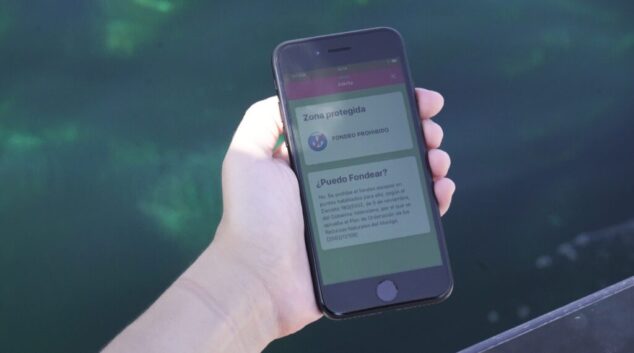 Example of notification sent by the APP 'Projecte Posidònia'

The new platform thus aims to be an ally of sustainable tourism in La Marina Alta and will allow sailors to consult the cartography in situ to avoid uncontrolled anchoring or any other type of interaction that may negatively affect the Posidonia oceanica meadows.

The application detects the different types of seabed in an area greater than 50 km and 9.500 hectares, which correspond, in turn, to one of the areas with the greatest nautical and recreational activity in the Valencian Community.

Regarding the mapping, a survey of approximately 7.000 hectares was carried out this past spring, which includes the area of ​​the Almadraba de Dénia (4.616 hectares), the marine area of ​​the Montgó Natural Park (816 hectares) and the Ifach marine space (1.400 hectares), all of them considered Sites of Community Interest (SCI) within the Natura 2000 Network and which, together with the mapping carried out in 2019 by these same institutions within the framework of the 'Projecte Xàbia', the global prospection of 9.500 hectares has been completed. The details of the mapping can be consulted in the mobile application.

App with digital images and information

To do this, the APP combines different technologies applied to mapping, which has been carried out using a side-scan sonar and videographic prospecting. A precision tool that provides digital images of the different types of seabed to identify the exact location of the Posidonia oceanica meadows. Likewise, the rest of the submerged habitats present in the area are differentiated, among them, the Cymodocea nodosa meadows, which, together with Posidonia, represent the two species of seagrasses with a high degree of protection in this geographical area.

Similarly, "Projecte Posidònia" includes a news section called "Ocean wiki" with relevant information on submerged forests, their regulation in Europe, Spain and the Valencian Community and a manual of good practices to protect it.

The new mobile application is part of the project for the protection of the seabed of the Marina Alta coastline, 'Projecte Posidònia', presented last April. It is a two-year project that is made up of a technical-scientific phase -mapping study and mobile application- and an interpretive phase to transfer the value of the ecosystem to the school community and population groups of the municipalities in the study area.

In the presentation, the president of the Generalitat Valenciana, Ximo Puig, pointed out that the Mediterranean is a vulnerable ecosystem that has "inestimable value" and that it has been mistreated, "it is necessary to carry out actions to give it the necessary care". Puig added that all those people who have the right to enjoy this sea "also have a duty to take care of it". 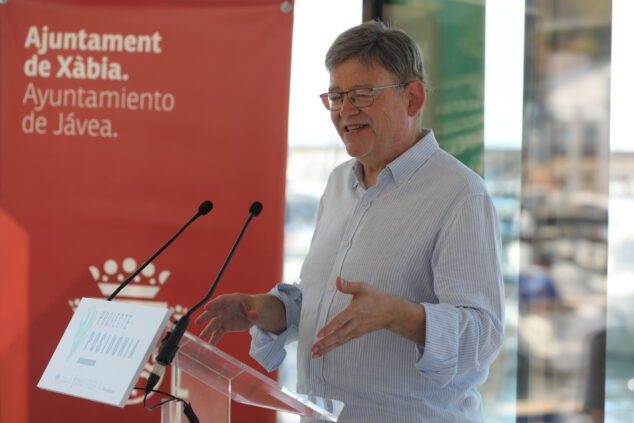 Ximo Puig at the presentation of the APP Projecte Posidònia

The President has also stated that the Valencian Community maintains a "very close relationship" with the Balearic Islands in the protection of the marine ecosystem for the development of initiatives such as this, as well as to implement other measures related to the Blue Economy, and has recalled in this sense that another summit between both autonomies will be held soon, on that occasion in Valencian territory.

For his part, the mayor of Xàbia has recalled the work started by the City Council five years ago in Xàbia to raise awareness of the importance of Posidonia for the sea and the need to avoid indiscriminate anchoring. Chulvi has added the efforts that the municipality has made in beacons and awareness, and has positively valued the strength offered by the new regional protection decree.

The first mayor has asked the companies in the sector to collaborate in disseminating this APP among occasional sailors and explaining to them the importance of not anchoring at points with posidonia.