The mayor of Xàbia, José Chulvi, has received today the new board of directors of the commercial association Xàbia Histórica, which begins a new stage under the presidency of Raul Caselles. 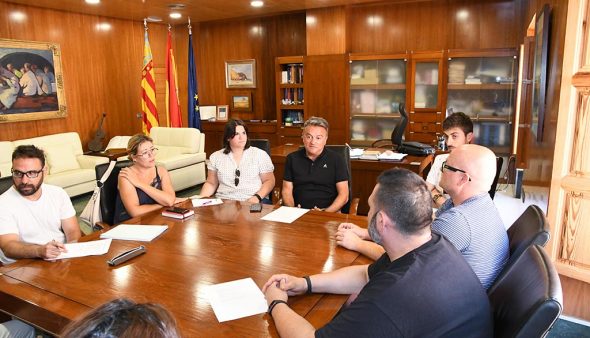 The appointment was also the first for the new heads of the Department of Economic Development, Marta Bañuls, and the deputy mayor for the Historic Center, Ximo Segarra, who have been accompanied by the head of Services, Kika Mata.

At the meeting, several issues were discussed and the suggestions and ideas of the association were listened to in order to boost and boost the old town. It has also served to update information on the point where some of the demands of the sector in which the Local Administration already works are found.