PP and Cs disfigure Chulvi who loses 140.688 euros for consumption bonds of the Diputación de Alicante

The spokesmen of PP and Cs in the Javea Town Hall, Rosa Cardona and Enrique Escrivá, have expressed their perplexity and discomfort at the opportunity that the Chulvi government has missed, refusing to request the 140.688 euros that the Alicante Provincial Council has awarded to Xàbia to invest in a consumer bond campaign for local commerce.
"An unbeatable opportunity to start implementing consumer bonds in Xàbia" has been missed. A revitalizing instrument of the local productive fabric, by which any neighbor can acquire a voucher to make purchases in the local business of Xàbia for an amount of money, without having to pay 100% of its value, putting the remaining part the Administration that launches that trade bonus. 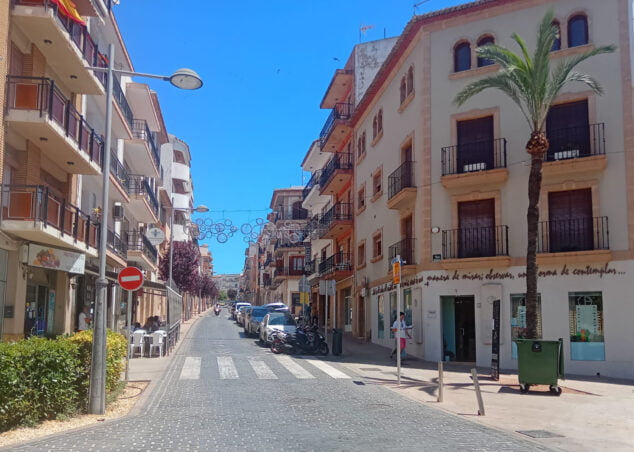 According to PP and Cs, "it is a measure that continues to prove to be a catalyst for local commerce, -since it is a relief for the consumer's pocket and an oxygen balloon for the local commerce box- and that from both For two years now, the formations have been asking for it to be launched with a charge to the municipal budget, "above all to make it easier for these aids to reach the pockets of the neighbors and the cashiers of the merchants as soon as possible, since many businesses cannot wait, stalked by the uncertainty and difficulties caused by the pandemic that they have had to face, on many occasions practically alone.”

Both spokesmen point out that "every excuse and every systematic refusal to launch this initiative by the local government has always been accompanied by the refrain that when the Ministry launched the consumer bonds, the Xàbia City Council would adhere by putting a part of money". On the other hand, now we find that, due to the difficulties and bureaucracy in which they always hide, but which have not prevented other municipalities with less budget than Xàbia from successfully developing several editions of consumer bonds, "to all this, now there are to add the refusal to request the 140.688 euros that the Alicante Provincial Council has made available to the xabieros with the launch of the first trade bond campaign for the entire province.

“A money that belongs to Xàbia and that would remain in the hands of the xabieros, with an important multiplier effect for the local economy. Aid that the City Council only had to request but that, today, is another missed opportunity by having missed the deadline. However, Cardona and Escrivá emphasize that "the worst thing is that it is not that these aids have been missed due to omission, lack of coordination or even oversight, but that they have been lost by action and consciously", and the local government giving us the excuse that, now yes, after two years, they are going to launch consumer bonds charged to the municipal budget and that they will try to adhere to the next campaign of trade bonds launched by the Ministry of Economy .

In this regard, both councilors have lamented that “a money that, shortly, could be circulating through the local economy xabiera coming from the Diputación de Alicante, governed by PP and Cs, has been rejected; On the other hand, the money that comes from the Generalitat has been announced to us this week that it will be welcome. Some Ministry bonds that were already announced last year and of which we have not heard anything either", as has happened with the money from the municipal coffers, which for two years have repeated to us that it was impossible to allocate for trade bonds and that "Miraculously now it has become an announcement that we will soon hear but we also do not know when they are going to execute."

As Cardona and Escrivá have explained, the trade bonus, despite being a crucial measure for the present and future of the local economy of Xàbia, "we have been the opposition parties who have put it on the table several times, having to shoehorning the local executive how and when they were going to develop it, and it's sad that after two years of giving up, now they hide behind the deadline to justify the money for the bonds that the Alicante Provincial Council had awarded us, for what it is It is evident that there is no direction or foresight in terms of revitalizing local commerce”, and another proof of this is that in the approved budget for 2022, the Chulvi government has not been able to contribute more money to the merchants' associations to the improvement in the actions to boost the trade of Xàbia”.

As the PP and Cs spokesmen have pointed out, "Xàbia does not deserve to give up a single euro in aid to boost local trade, which continues to suffer the economic consequences of the pandemic, and for that reason, all the Xàbia parties have gone to a with the aid that the Chulvi executive has given so far to support local businesses. That is why "we regret that more than 140.000 euros are renounced that would directly benefit the pockets of neighbors and merchants, especially after the local government has not moved a finger in two years to implement trade bonds charged to the municipal budget" . On the other hand, now they trust the viability of consumer bonds to do what they have not done so far: launch them via the municipal budget and through the next trade bond campaign that comes from the Ministry, "we do not know if it is due to sectarianism, laziness or if both options are correct, but what we do know is that the commercial fabric of Xàbia cannot afford the frivolity of losing a single euro more in aid, which they will come from wherever they come from, because in the meantime, we see that those who lose the most with each day that these aids are not implemented, are many residents and families from Xabieras, who would be the main beneficiaries of the trade bonds and who instead suffer, now more than ever, the anguish and consequences of the escalation of costs that affects us all on a daily basis, and that could be combated, at least in part, by supporting local commerce, and buying in stores and neighborhood businesses at an affordable price, through vouchersconsumption that in Xàbia, unfortunately, we do not know when they will arrive".

Compromís Xàbia statement: «The Arenal disaster is due to the paralysis and reluctance of the local government»
July 27, 2022

Cs Xàbia asks to clarify the causes of the fecal contamination of the Arenal beach
July 27, 2022

Podemos Xàbia demands the implementation of measures to solve the problem of discharges in the Arenal
July 27, 2022

Cs Xàbia echoes the discomfort of families due to the delay of the Summer School and proposes a 'check system'
July 13, 2022

Compromís Xàbia asks to build a medical office in Arenal for the whole year
July 05, 2022

Xàbia Popular Opinion: «Municipal services and the maintenance of the Arenal area is in limbo, it is not even minimally presentable»
July 05, 2022
Comments

28.803
1.995
9.370
789
We use cookies necessary for navigation and traffic analysis. We do not use cookies that provide us with personal data or advertising cookies.
More optionsACCEPT
Manage consents