The town of Villena hosted the IV Moors and Christians Trophy of Villena, a test for cycling schools where several cyclists from the Javea Cycling Club School took the podium.

Highlight in the category of first-year fry the victory of xabiero, Iker Oliver, the second place of his club mate, Marc Moncho and the fourth place of another xabiero, Joan Buigues. 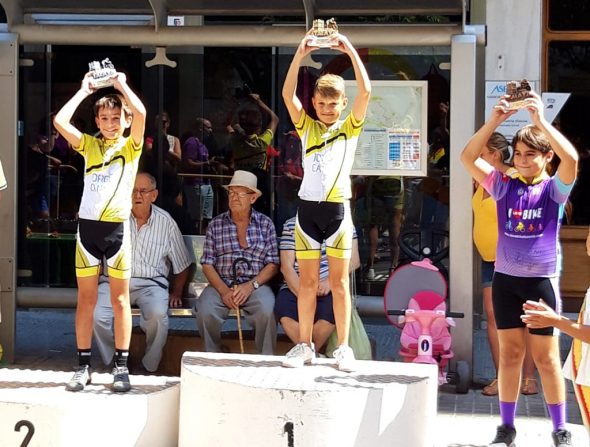 Iker Oliver and Marc Moncho on the podium

Successful participation in the 'Bicycle Day' of Xàbia
22 October 2019