Search
We can - Politics

The Círculo de Podemos Xàbia has issued a statement regarding the closure of the Arenal Beach requesting the implementation of different measures to solve the problem of discharges.

The statement is as follows:

The denialism of the City Council has collapsed. They have been accusing Ecologistas en Acción of being alarmists for two months, hiding results and explaining to us that the mixture of fresh water with salt water results in a brown color. Two months, if we count only the last episode of the "Arenal case."

Already in November of last year there was a public complaint by the environmental group about the fatbergs found in the Arenal Beach. And the famous "wipes" have been giving notice for years that in Jávea there is a very serious problem with the purification of wastewater.

Well, in the middle of July the excuses and looking the other way are over. If the problem had been tackled from the beginning with decision and courage, great ecological damage and a significant deterioration of the image of the City Council as an institution could have been avoided. 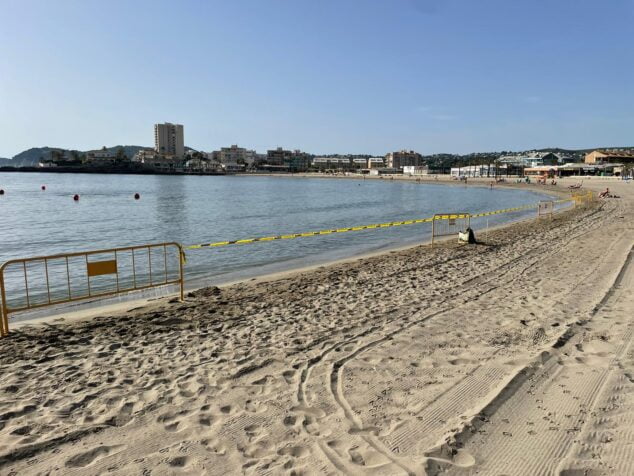 Playa del Arenal perimeter for the repair of the outfall (archive)

Instead of denying the evidence, from Podemos we demand a proactive attitude with the implementation of:

The solution to the problem will not be easy, fast or cheap, but the first steps must be taken now – and it is 'already' too late -, citizens are anxious to see something move.